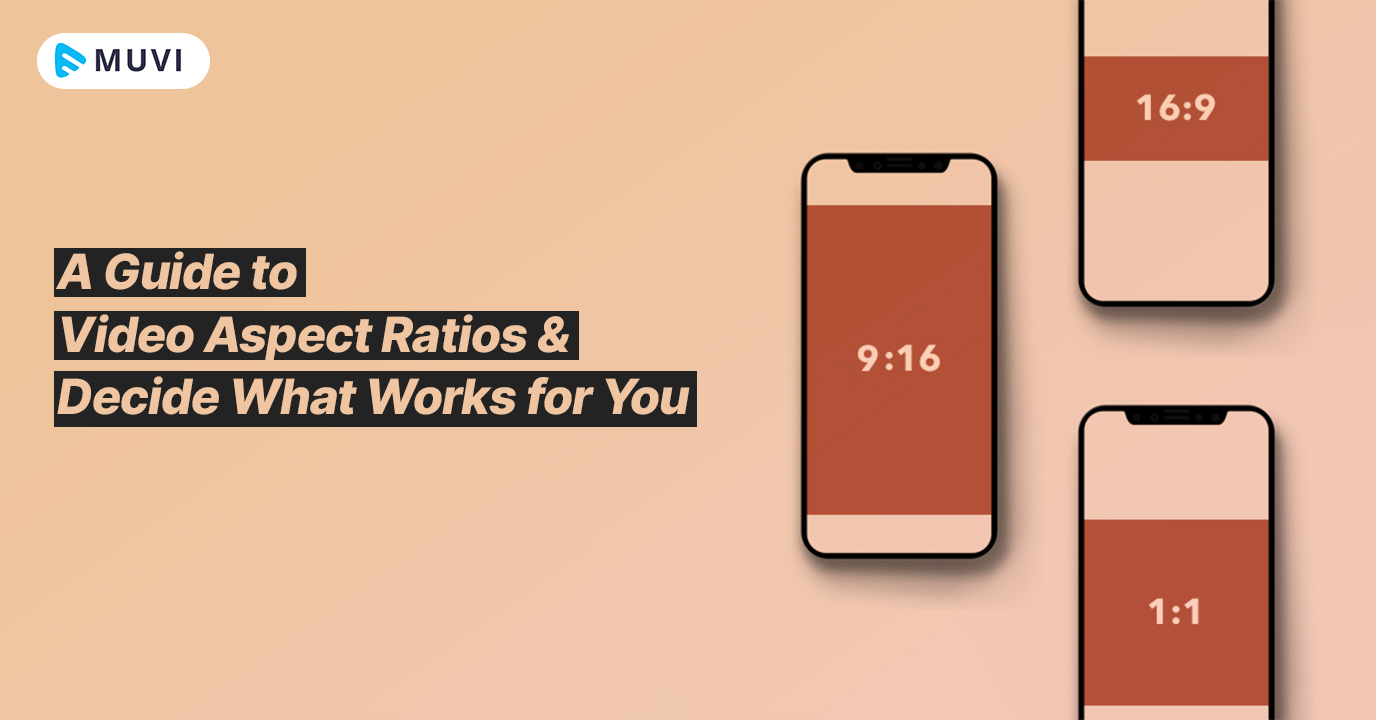 While watching a video on YouTube, have you ever wondered why sometimes when you go full screen, a part of the frame cuts out itself and hampers the viewing experience? The same thing can also be observed on VLC or any other media player, where when you click on the shortcut to change the aspect ratio (usually letter A), the entire orientation of the picture changes. Aspect ratios are very important for the content creators as well as for the software and hardware designers so as to give a smooth viewing experience to the end user.

What is Video Aspect Ratio & Its Relation to Resolution

The video aspect ratio is simply the ratio of width to height measured in pixels. Youtube for example follows a 16:9 aspect ratio for its videos which means all videos if they follow this ratio will work flawlessly with the youtube system provided the screen on which it plays is also adjusted to a 16:9 ratio or is 16:9 by default.

Video aspect ratio and resolution go hand in hand with each other and to get the resolution we simply multiply the width times the height. The higher the number of pixel squares, the better the quality.  Streaming services automatically adjust the quality and lower it based on a user’s internet connection. Also, most video streaming platforms come with in-built encoders, that encode the video into different resolutions.

To achieve a 16:9 ratio, here are some resolutions that need to be achieved for the corresponding quality of streams.

Starting with TikTok to Instagram to Instagram reels to Facebook live, there are literally as many aspect ratios available on the internet as there are social media platforms. Also, many of these websites do not allow you to upload multiple aspect ratio videos but instead mandate the user to create content on their specified terms. Instagram post for example allows only 1:1 photos so even if you have a different landscape or portrait image, you have to either crop it or choose again. Hence, it is very important to adhere to the aspect ratios while creating content. Here are some popular aspect ratios used on the internet.

This aspect ratio is a perfect square ratio. Originally most CRT televisions were squares and this was the most popular ratio to be broadcasted on television. With improvements in technology, the sizes of television sets increased width-wise and it is no longer used> However, popular social media platforms such as Facebook and Instagram still have their browsing content in 1:1. So if you are thinking of promoting your content on these giants, you know what to do.

Probably the most popular and widely used ratio, it is considered the international standard for television, movies, and online streaming too. Many cameras including professional ones are set on a 16:9 ratio for the default recording. Manufacturing of television equipment is also done by taking this ratio into consideration. Standardization has proved to be cost-saving for manufacturers as most monitors are also built for this aspect ratio.

The popular ultra-wide ratio is used to create a more immersive experience while viewing content. Also, several monitors used by video & sound engineers are set at ultrawide ratios to give more width for editing tools. This ratio can be found in advertisements, stadiums, etc where more information has to be made visible width-wise.

The reverse of the standard 16:9 ratio, this is again gaining immense popularity because of the fact that Instagram stories, reels, tik-tok videos, Facebook stories, etc prefer a 9:16 ratio as it gives users a smooth browsing experience on their mobile phones as they just have to swipe up to watch the next content. So if you are editing videos or recording them to be uploaded on such platforms, 9:16 is the key for you.

16:9 is unarguably the best aspect ratio for two important reasons:

Now, changing the aspect ratios can be a complicated task. It is possible but we would still recommend the readers research the audience and content and then select the particular aspect ratio. For all others in emergency cases,  here is how you do it.

Creating content can be technical as well as creative. While you must take care of the creative part, let Muvi One, an all-in-one OTT streaming solution provide you the technical guidance. With its no-code budget-friendly subscriptions, host your very own Netflix and start your streaming journey with Muvi.