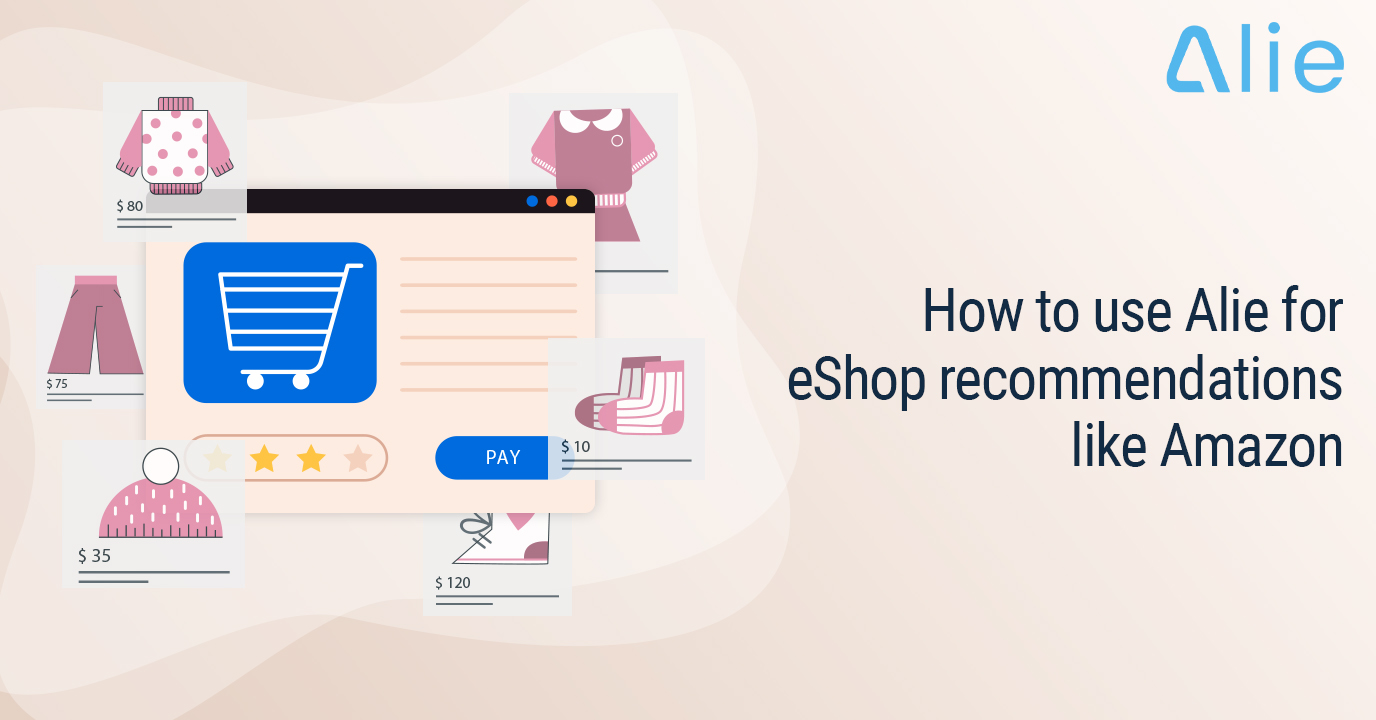 It is a well-known fact that Amazon is the most valuable brand globally, with revenue of over 280 billion dollars. Started in 1994 merely as an online book store, it has managed to stay relevant for more than two decades. If you are someone who is planning on starting an eShop website, then you must learn from the best.

How has Amazon managed to stay relevant for three decades?

There are many answers to this question. But the most prominent one is its ability to engage the visitors in their store, leading to a high-value purchase than what was initially intended. While UI, easy, secure shopping, turn customers loyal, a powerful recommender system is often an unsung element that significantly influences buying decisions.

What is a Recommendation System?

A recommendation system is a set of algorithms that suggests the user a list of products based on their activity on a website.

Amazon first introduced the recommendation system on its website in 1998. Since then, there has been a lot of advancement in their recommendation algorithm, which has helped them stay relevant for nearly three decades. Amazon’s recommendation system is highly regarded and is a source of learning to millions. Its IEEE paper titled ‘Internet Computing’ is still used in colleges for learning.

Read Evolution of a Recommendation Engine to know more.

How can you use the Recommendation System for your website?

Jenny wants to buy curtains for her home.

She went to Amazon and searched for curtains.

She finds the desired product and adds it to her cart.

As she goes to the checkout page, she sees recommendations for the bedsheets.

Jenny now clicks on the bedsheet link and adds it to her cart.

Here, Jenny originally wanted to buy only a curtain. But, as she saw the bedsheet, she decided to buy it too. Now, why did Amazon pop up only bedsheets to her recommendation? The answer lies in the recommendation algorithm. This type of recommendation comes under the Knowledge-based recommender system. As per many surveys conducted online, it is found that people who purchase curtains are most likely to buy a bedsheet too. This is why the recommendation engine suggested a bedsheet and not some other product.

The benefit of using Alie is that you can either use its predefined recommendation model or customize it according to your needs. Enabling Alie into your website is also a straightforward process and takes a few steps. Few of Alie’s framework includes –

Suggested Read: What are the different types of recommendation engines?

Under this criterion, Alie will use content-based filtering and collaborative filtering to suggest products to the user. For example, if the user searches for MI phones, Alie will present budget phones with nearly the same features as the one user was searching for.

In this category, Alie will recommend all the products that are highly regarded by the customers. Listing all the positive reviews positively impacts the buyer psychology. Using deep learning algorithms, Alie collates all positive reviews at one place and helps users evaluate their choice in an effective way.

This recommendation works best when the recommendation engine suggests the best combination of two products. Remember the scenario we explained about Jenny buying curtains and bedsheets together? This combination can be added under the frequently bought together. Alie uses all its filtering models for this section and comes up with the best possible combination for your user.

As a user, you may not understand the importance of browsing history. But when you start your own eShop website, you will realize that this is an essential feature you can give a user. Let us understand this through an example.

Jenny wants to buy a bedsheet.

She goes to your website and searches for it.

She likes the first bedsheet.

After some time, she realizes she likes the first one the most.

But she doesn’t remember the name.

What will she do now?

This is when Browsing History comes into play. Having a browsing history section helps user land on any previously considered products without hassles thereby closing a deal faster.

Muvi’s Alie is the leading AI-driven recommendation Engine that can be used for all domains. From e-books to e-commerce to job portals, Alie is your answer. With its top-class features and ease in usability, it is on its way to rule the world of eShop recommendations.