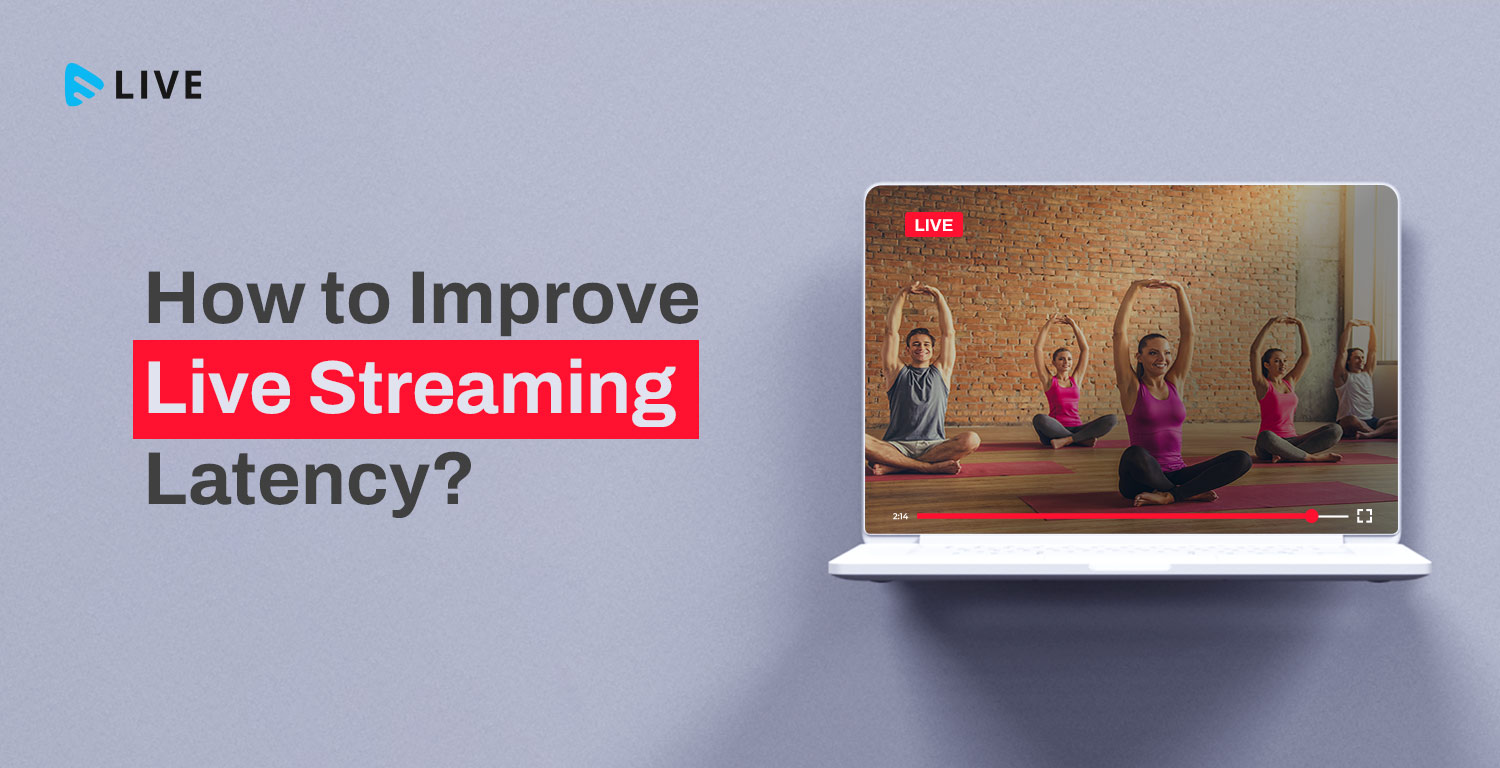 The term  “digital”  applies to all aspects of our day-to-day life. Starting from our morning news paper, to ordering milk, to getting virtual access to places of worship to handling our corporate activities, we are heavily dependent on technology. This advancement of technology has made us accustomed to the concept of instant gratification. We want results in a single click or a swipe. Digital has also crept into how we get entertained too! We expect lag free videos and streams, intuitive UI and bandwidth adjusting video quality to say the least.

When it comes to live streaming, ensuring that viewers have the best experience is paramount. Video latency plays a vital role in improving user experience.  As it allows the audience to watch live events on their preferable screens in real-time, it is also essential that video is compatible for screening on any and all devices. The problem with high live streaming latency is that the viewers feel frustrated viewing LIVE content at a second or minutes lag.  They expect video content for Live streams like sports tournaments, news, reality shows, and games updated on the spot, and watch it as it unfolds in real time.

Hence, in live streaming, video latency does have the capacity to ruin all the excitement of watching, and when neglected, results in churning .

Live streaming is effective and encapsulates a massive array of advantageous video streaming features and hence every media business wants to get into it.  However, when it comes to being serious about the latency of live streaming services, many businesses are still incompetent towards delivering low-latency streaming services.

In this blog, we will be discussing what is video latency, what causes video latency and various ways to improve live streaming latency.

What is video latency?

Video latency refers to the duration of time it takes for a single frame of video to transmit from the camera to the display.

What factors cause video latency?

In case of adaptive bitrate streaming, the prime factor which causes video latency is the length of the media segment inserted into the video. To be clearer, if the media segments are 6 seconds long, then there will be a delay of 6 whole minutes compared to airing a real-time event , when the play request is initiated.

How to improve the latency of live streaming?

To get to know the intensity to improve latency of live streaming, here is a real-time scenario-

Imagine being in a business where, to  promote your products and services, you are conducting a live stream. Interactivity is undeniably important and necessitates greater focus. During the live stream, a customer asked a question, and for  whatever may be the reason, the question was not received on your side. The customer, along with the audience base, is waiting for you to address the query, as they are facing the same issue as well.

In such a scenario, if there is a communication gap, imagine the negative impact that it will  have on the viewers? They will feel unattended, which will eventually force them to leave the live event. This scenario is powerful enough to showcase the potential of live streaming for business success.

Now let’s have a look at possible ways to lower video latency.

By going for higher bandwidth, you gain the benefits of the lowest congestion while doing live streams. This simple addition to your streaming system can hugely benefit you by improving the video latency.

Wired connections – the way to go

Wired connections give much more stable internet connectivity as compared to Wifi and mobile data connections. The best example of a wired connection that is best suited for live streaming services is fiber-optic connections. It gives streamers low-latency streaming without any network disturbance.

Large-sized video files cause streaming delays, eventually leading to high latency video streams. As a result, compressing your video files is the simplest way to deal with video latency.

The distance between your streaming location and the internet hub/internet service provider has a larger effect on video latency. If the distance is greater than eventually, the latency will be high.

Some streaming protocols to take care

The WebRTC streaming protocol is dedicated to delivering high-speed streaming services. When it comes to low latency streaming, WebRTC is the most suited, but there goes the low video quality. As a result, some of the content delivery networks do not presently support WEBRTC.

The RTMP protocol is reliable and works best for live streaming. It supports low latency streaming for up to five seconds. RTMP’s varieties include RTMPT (Tunneled through HTTP), RTMPS (Encrypted over SSL), RTMFP (Travels over UDP), and RTMPE (Tunneled and encrypted).

The FTL (Faster Than Light) protocol is specifically developed to stream interactive videos where there is real-time interaction between both parties. As live interaction is accomplished, this protocol pushes for absolutely zero latency. It requires mixer compatibility and a high-speed internet connection to perform operations.

Despite being loaded with massive advantages, live streaming  lacks  one major factor – video latency. No doubt, live streaming technology has opened doors of interaction with businesses in real-time, but due to high live streaming latency during the streaming session, everything becomes out of sync and attention of the audience is lost. .

During simulcasting, when the same content is streamed on multiple channels, delays in video delivery while co-viewing the same stream on different devices can ruin the user experience too.

There is no need to purchase the Muvi Live subscription right away, when you can do so after taking a trial! Go ahead, take a 14-day free trial of MUVI Live CRM and explore Muvi’s expertise in live streaming.

Amita is a content writer with Muvi marketing team. She has over 5+ years of experience in content creation and development. Passionate by heart, she likes to cook, write, sing and do yoga to pass time.