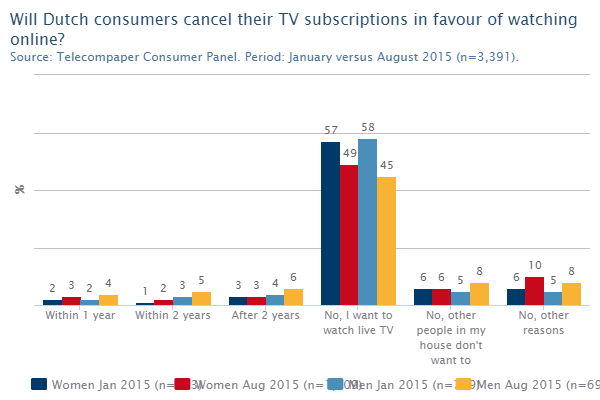 Eight percent of Dutch consumers expect to cancel their TV subscription in the next two years as more programming becomes available online on VOD services. The share of consumers who want to keep their TV subscription in order to maintain access to live TV fell in the past half year from 58 to 47 percent, according to research by the Telecompaper Consumer Panel in August.

In only six months, the percentage of consumers who expect to cancel their TV subscription within two years has doubled. The same survey in January this year found only 4 percent would consider ‘cord cutting‘. Another 5 percent said they expect that eventually they will no longer have a traditional TV subscription and switch to internet TV, although not necessarily in the next two years.