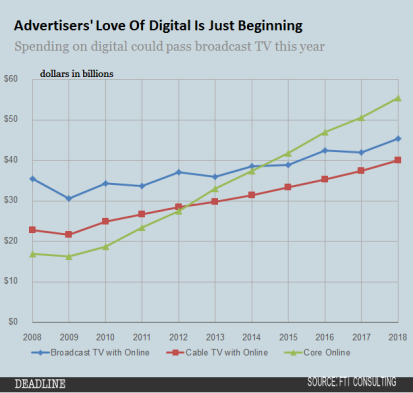 The lines were bound to cross sometime. And 2015 is when core Internet spending will surpass broadcast TV — including its offshoot online video on demand hosting services — according to a forecast out today from FTI Consulting.