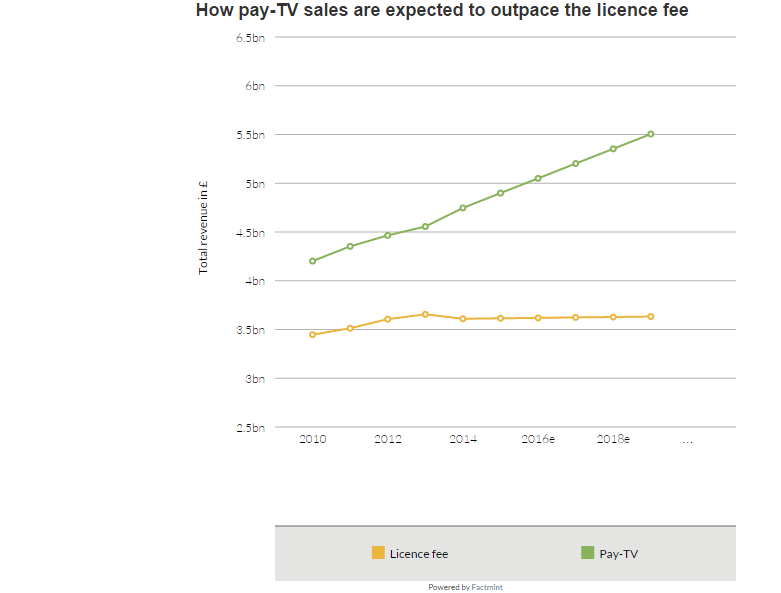 Internet television services such as Netflix and Amazon are “challenging the very premise of mandatory fees” for the BBC and other public broadcasters, according to a major study of the global media sector.

The rise of video on demand services is altering the landscape of the television industry, the report by PwC said, contributing to “unprecedented pressure” on “the notion of the public licence fee”.

Viewer appetites, patterns of spending in advertising and the competitive responses of traditional pay-TV operators are changing as the internet becomes a more significant delivery system for television, the analysts added.

The changes are due to accelerate when Apple enters the fray with its own streaming packages. The Silicon Valley giant, sitting on a $200bn cash pile, had been expected to unveil its offering next week but has delayed its move until later in the year.