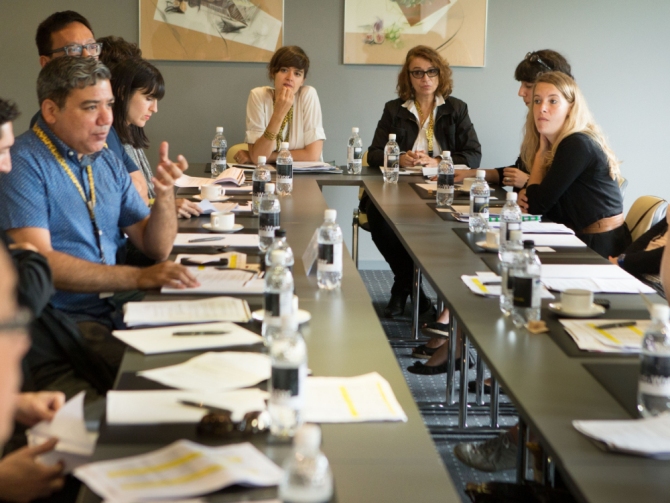 Simard’s suggestion, as other recommendations, won mostly warm applause from an industry audience made up mostly of sales, distribution and exhibition execs from Europe – though exhibitors would not have agreed wit Simard’s description of window release chronology as “stupid.”

In some of Europe’s most highly regulated markets, in terms of film financing at least, some Internet Service Providers already finance content: Orange in France; Spain’s Telefonica.Some analysts claim all telecoms will inevitably drive into content as a calling card for larger quad-play offers. A prime telecom content money-spender, however, as in seen in the case of the U.K.’s BT, is not movies but sport.

“A lot of people say [ISP movie funding] is a utopia, it will never happen in the U.S. I don’t know,” Simard recognised in her keynote. “But I remember a Quebec commission. A very conservative member said: ‘Internet Providers should be made to contribute to a fund to finance culture.’ Sometimes, she concluded, “We may seem very far away but are closer than we think.”

Simard’s call for ISP film funding comes, she said, as the film industry finds itself in “crisis,” “chaos” and the throes of a “revolution,” in a world where “”I watch whatever I want whenever I want wherever I want and I’ll pay if I want to.”

She went on: “Cable and satellite are obliged to make a contribution to content. This is a big issue as people are unsubscribing from cable and satellite and accessing TV via their Internet TV platform. And Internet in most countries is not regulated.”