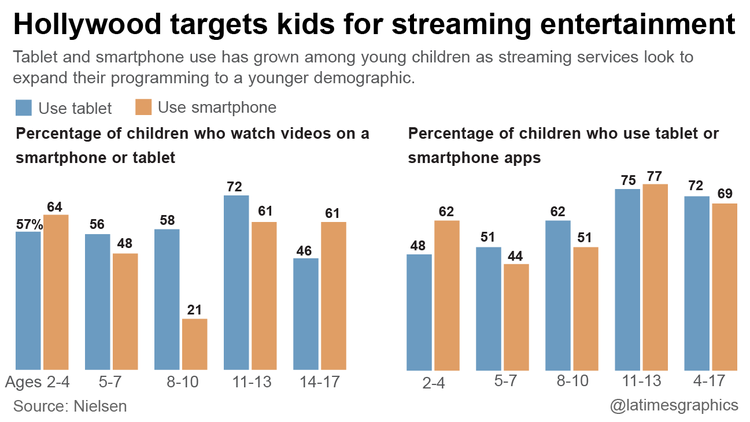 Children’s programming might have just become the new front line in the subscription battle between Netflix, Amazon.com and other major video on demand streaming services to boost subscriber numbers.

The services have gotten the most publicity from critically acclaimed original content aimed at adults such as “Orange Is the New Black” and “Transparent.” Their strategy aimed at attracting younger viewers, though, is now getting more awareness.

The new found attention is largely the result of HBO’s recent announcement that it has struck a deal to be the first-run home of “Sesame Street” on its streaming and cable services. The deal helped underscore the importance of cementing a grip in children’s programming in a universe being disrupted by changing viewing habits and cable TV cord-cutting.

It’s no wonder: U.S. digital video penetration among children ages 11 and under is expected to jump to 74% by 2019 from 68% in 2013, according to research firm EMarketer. At stake will be millions of dollars in subscription fees for streaming services that have the best offerings.

“As a single person or a couple, you might be more willing to drop your streaming subscription for a while until you see more content you’re interested in,” said Piper Jaffray analyst Mike Olson. “But if you have kids who are watching a lot of content, there’s no way you’re going to drop it. And in effect, children’s content reduces churn, which ultimately positively impacts revenue.”

Brazil Looks Up To Smartphones For A Second Screen

VOD services from YouTube, Netflix are Hit in Brazil