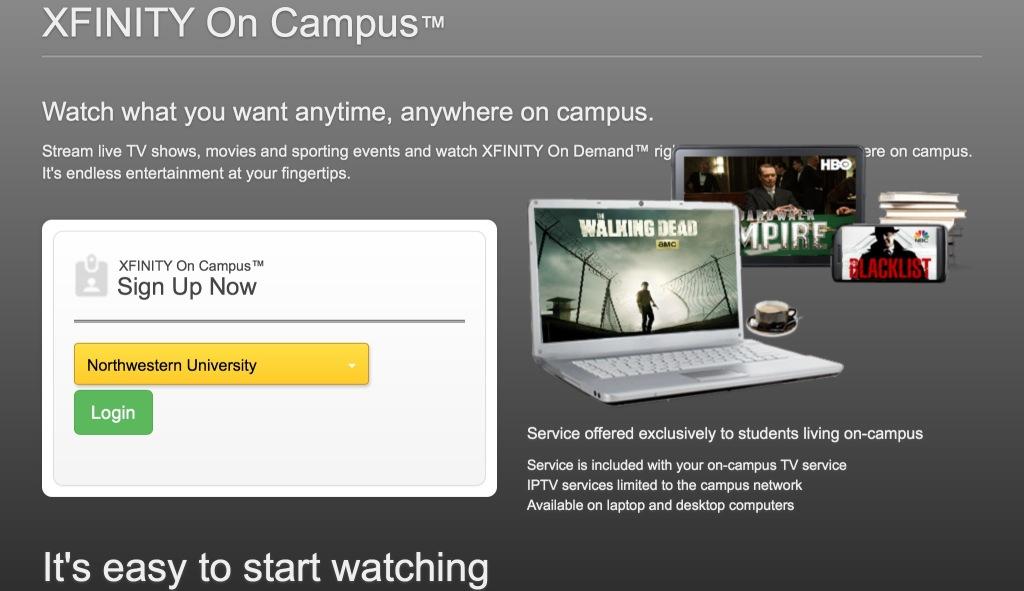 Comcast launched Xfinity on Campus last year at seven colleges for students who live in dorms. The service, bundled with dorm fees, lets students stream shows over the college Internet system to their computers, smartphones or tablets without the need for a standard cable box.