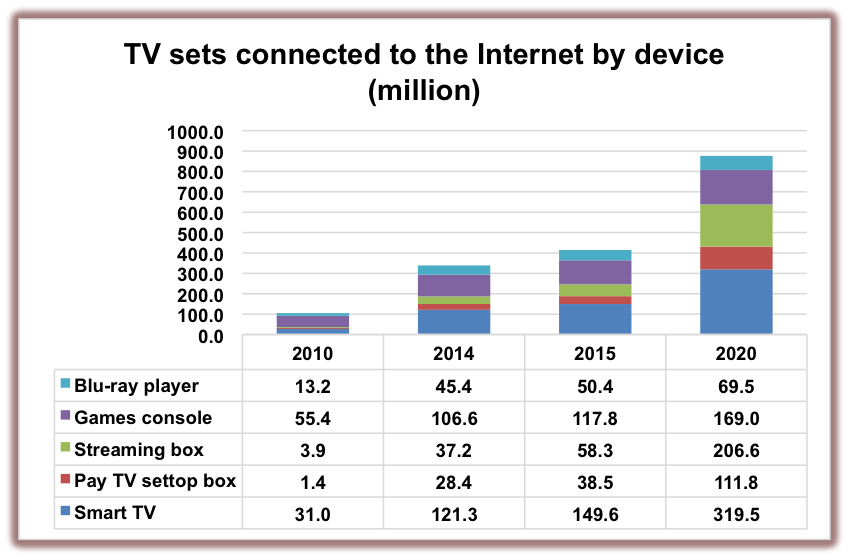 The number of TV sets connected to the online video on demand streaming services will reach 876 million by 2020, up from 105 million at end-2010 and the 415 million expected at end-2015, according to a new report from Digital TV Research.

The global total of connected TV sets via streaming/retail settop boxes such as Chromecast and Apple TV will reach 207 million in 2020 (with 42 million in the US and 39 million in China), up from fewer than 4 million in 2010. The expected 58 million total by end-2015 is up from 37 million a year earlier.