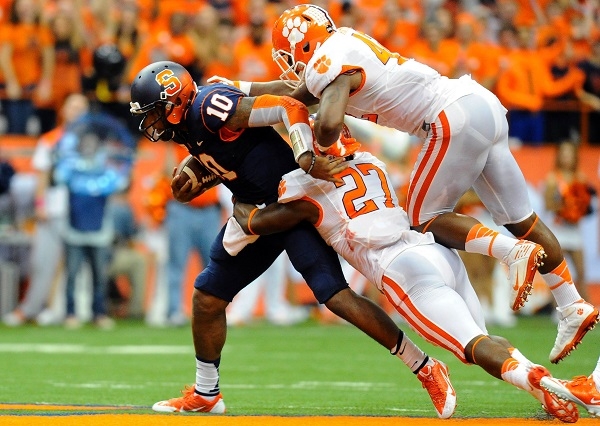 More and more people are waking up to the realization that sports, and definitely college sports, have a major problem: people are no longer as willing to pay high cable bills.

Meanwhile, even folks at Comcast are starting to face up to the problems. Lobbyist David Cohen said this:

“Netflix is the ultimate frenemy…Part of this is a self-inflicted wound. We have made video too expensive.”

There are always wild cards. The recent merger of DirecTV and AT&T creates a very large audience, both in the U.S. and Latin America. The combined audience is twice the size of Comcast‘s. AT&T/DirecTV bundles channels of course, but also other services: video on demand service, broadband, voice communication services (we used to call this telephone service) and wireless.

Keep in mind that AT&T still owns a ton of telephone poles and will not have to build a national fiber network from scratch as Google is doing – and as a condition of the merger is required to significantly expand fiber penetration.

It’s possible that this company could emerge as the big winner, but you can’t count out Verizon and some combination of whoever survives between Comcast, Time Warner and the other traditional cable companies, although it probably won’t be traditional at that point.

And then there’s Netflix. Netflix is benefiting from cord cutting as much as anyone. Why wouldn’t someone like, say, the ACC, be interested in putting content there? You could certainly do live events; you could also build a library of previous events which people could watch at will. As a matter of fact, if Netflix decides it never wants to do live sports, what if you could go there and call up classic ACC contests from the past? That would open up a whole new revenue stream.