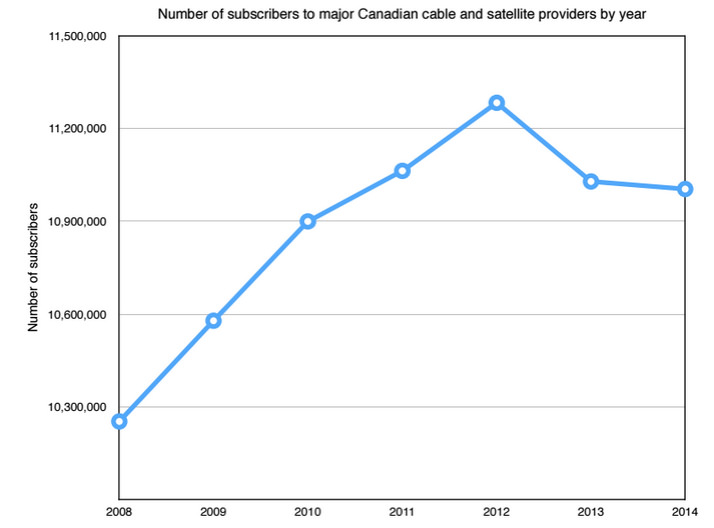 Canada’s large cable and satellite providers have had another year of declining subscriber numbers. The seven largest cable, satellite and IPTV providers lost a total of over 24,000 subscribers between Aug. 31, 2013 and Aug. 31, 2014, according to disclosures filed to the Canadian Radio-television and Telecommunications Commission and released last week. Only IPTV & VoD added customers this year.