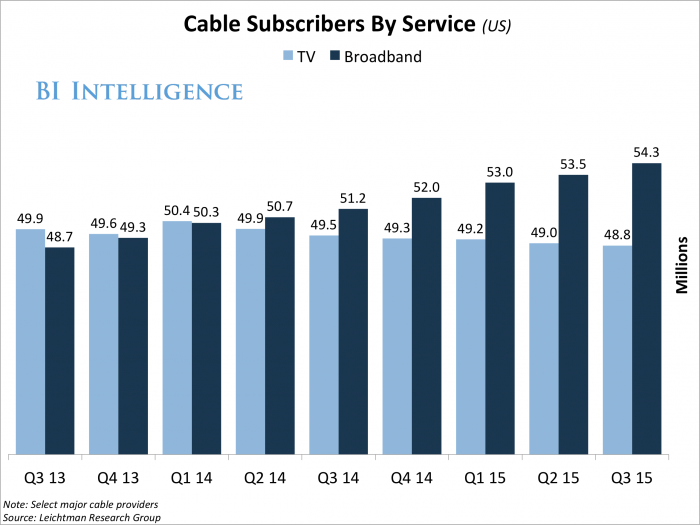 As the reports of VOD services gaining subscribers rush in, a new report from Leichtman Research should worry the traditional lot much. Cable networks in US reported higher number of high-speed internet customers than TV subscribers. The top cable brass that claims a 95% stake in the market reported a joint addition of nearly 790,000 broadband subscribers in Q1 2015 and lost out on 145,000 video subscribers in Q3, which would make it a loss of 48.8 million total TV subscribers.

The trend is now becoming clear that the divide is deepening as cable TV subscribers are increasingly giving up their cable packages to adopt VOD services. The highlights of the report are :