Engaging The Audience In The Social TV Era 09 October 2015 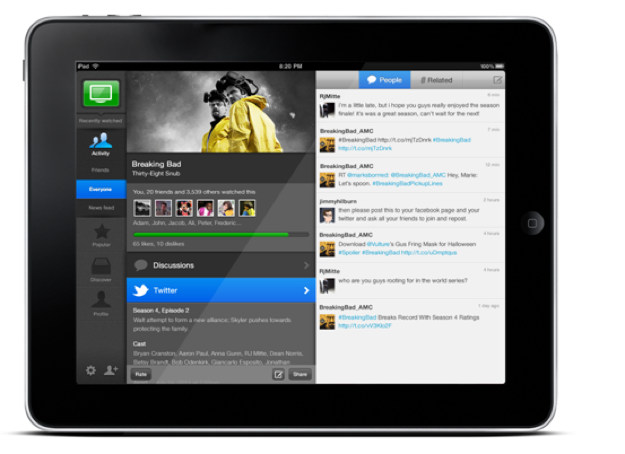 A Nielsen study claims that 85 percent of TV viewers use web-enabled hand-held streaming devices while watching TV. What was once considered as a distraction once has now become a means to engage viewers, keeping them focused longer on the programs they are watching and fundamentally add value for advertisers and promotions.

A great way to keep audiences engaged and to capture valuable viewership data in form of insights would be creating a platform that motivates viewers to stay tuned in longer, even during ad breaks.

Earlier this year, MTV, USA Network and the controversial Miss USA Pageant each used specific technology to engage their very different audiences with a combination of quizzes, contests, polls and other engagement options. And each of these networks enjoyed sizable viewer engagement as a result. In the case of “Teen Wolf” and Miss Universe, each won their respective week’s Nielsen TV Twitter ratings.

Instead of encouraging viewers to look away from the TV screen to post comments to social media sites or search for show information on various websites, the real opportunity is in taking the audience inside shows, giving them a chance to participate actively in what they’re watching. The closer you can bring viewers “into” what’s on their screen, the closer you are to making television viewing a truly participatory activity.

The audiences seem to have have spoken, and what they’re saying is that they will stay engaged with shows, as well as the advertising. TV Networks and VOD services can both engage viewers and enhance revenue, while providing advertisers with deep audience insights. Done right, the rewards are unmistakable and unimaginable.