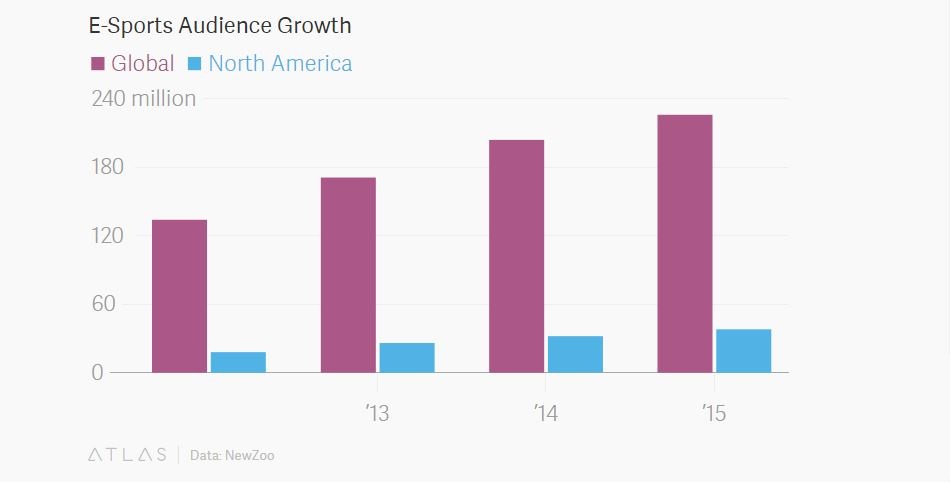 In an attempt to lure millennials back to television, Turner Broadcasting Systems will begin live streaming video of gaming competitions during prime-time on Friday nights next year. The network, which created its own league with WME/IMG as part of the effort, aims to reach the rapidly expanding audience for professional gaming—which was over 200 million worldwide in 2014, and climbing, according to gaming researcher NewZoo.

The move underscores the fact that millennials are watching far less live TV, and broadcasters are eager to draw them back, along with the advertisers flocking to digital.