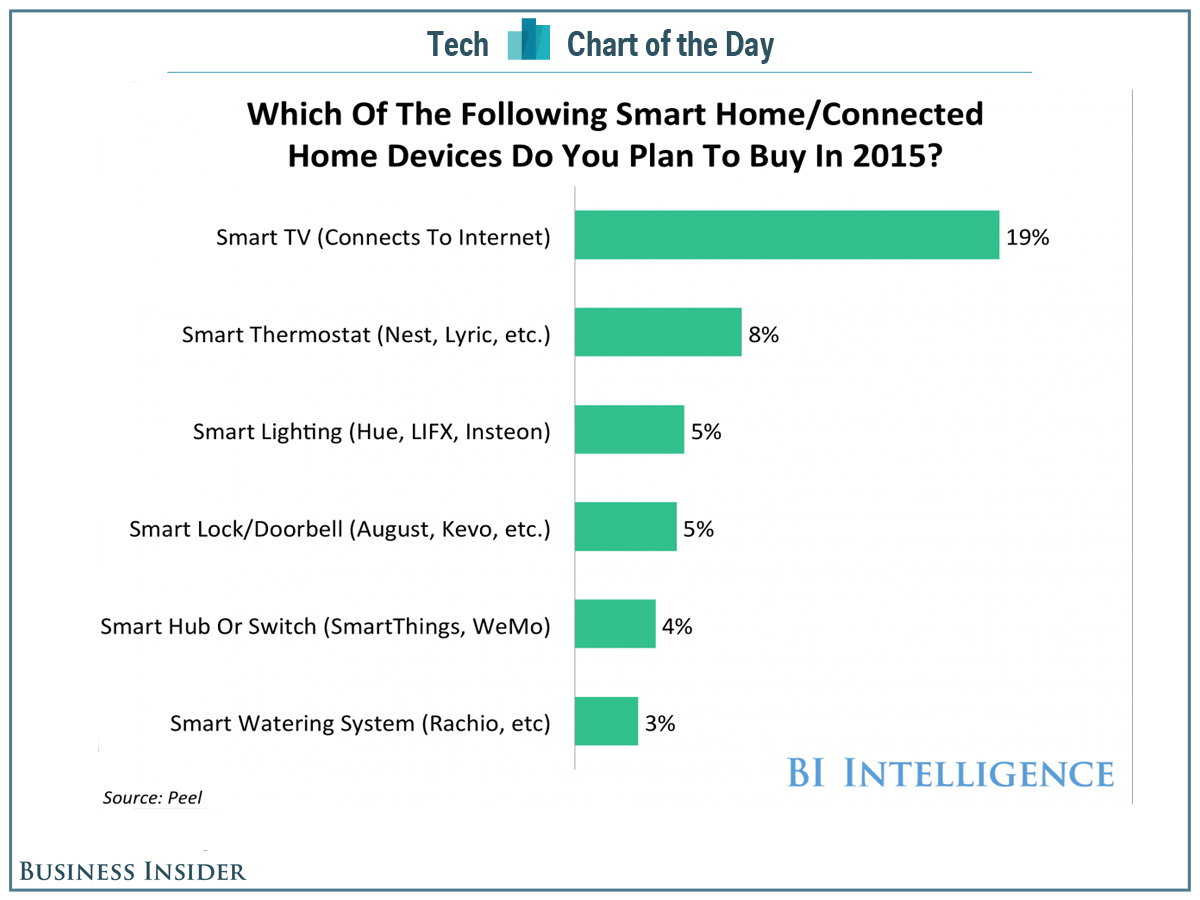 Apple TV hasn’t generated a whole lot of buzz lately, but it’s still a big part of Apple’s overall strategy. In fact, Apple plans to unveil a new version of its Apple TV for multicast video on demand services, including a redesigned remote, at its annual developers conference in June.

It’s easy to see why Apple would enter the TV market: the industry hasn’t changed much in decades and the sheer market size is enormous. But it’s also because people see the TV as the next logical home device to put online.

According to a recent survey by Peel, the maker of a smart remote control, charted by BI Intelligence, the most popular connected home device people are planning to buy this year was a smart TV, or a device that helps you connect the TV to the internet. It received by far the most votes (19%), followed by smart thermostats (8%) and smart lighting (5%), respectively.