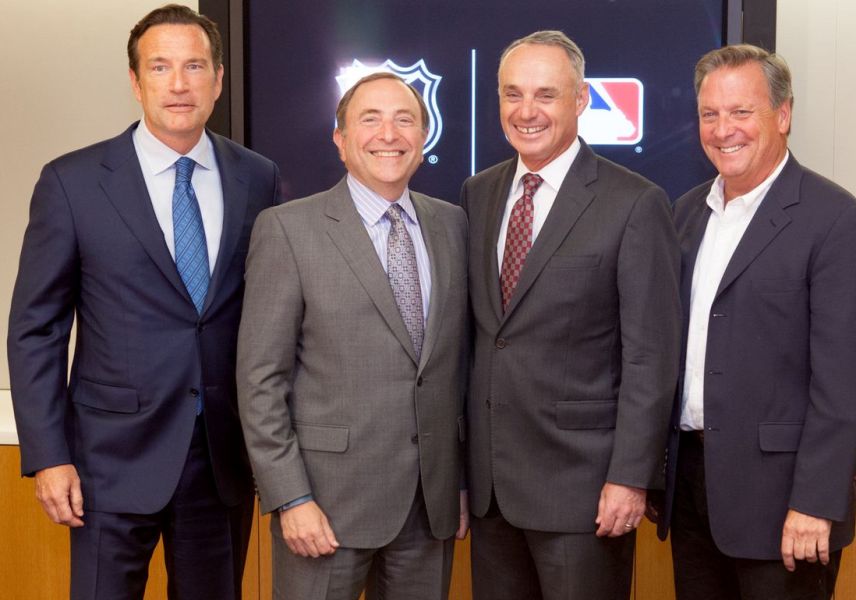 It was the first week of April, 2015, and New York’s Chelsea Market, typically packed with hordes of noisy tourists, was quiet. It was close to midnight, but five stories above, things were tense. The building is a former cookie factory, and the outlines of ovens still scar the brick walls. In their place, a vast array of screens are now mounted, each tuned to a live video feed. Joe Inzerillo and his team had their eyes glued to the glass, hard at work trying to wrangle the internet into doing something it was not built for.

The launch of HBO Now was just a few days away, but the product wasn’t finished. With both HBO and Apple promoting it heavily, the team had no idea how many people might tune in that first day. “The stakes were high,” says Inzerillo. “It was not lost on anybody here how important this was for our company, but also for this industry. Because if HBO Now had come out and face planted, there would be a lot of naysayers who turned around and said, ‘See, this is why the adults need to handle television.’”

Six months earlier, HBO had announced it was cutting the cord, finally offering consumers access to their programming without signing up for cable or satellite television. But the in-house Video streaming service it had previously built, HBO Go, had experienced high-profile outages during the season four finale of Game of Thrones and the premiere of True Detective. HBO Now was set to launch alongside the newest season of GoT, and it had to be perfect. “Game of Thrones is our World Cup,” says Bernadette Aulestia, who runs HBO’s digital distribution.

And so HBO went to the company that set new records for online streaming during the 2014 World Cup, a strange tech startup hidden inside of a sports league, Major League Baseball Advanced Media, or BAM for short. BAM began as the in-house IT department for the league’s 30 teams, a small handful of employees originally tasked with building websites for teams and clubs. But over the last 15 years, BAM has emerged as the most talented and reliable name in streaming video, a skill set suddenly in very high demand.

BAM competes for clients with video streaming server companies like NeuLion and Imagine Communications, as well as big telecommunication outfits like Verizon. But, says Dan Rayburn, a streaming industry analyst, “there really isn’t anybody who does the true end-to-end solution like MLB does, especially at scale, out in the market.”

“Their technical chops are the best, bar none,” he adds. “They set the standard.”

HBO didn’t give BAM much time. “It was a full-on sprint for the three and half months that we had,” says Inzerillo. As the clock ticked down, the crew from BAM ran through countless disaster scenarios. “What people forget is that the internet, as a technology, was never designed to do something like this — deliver flawless video simultaneously to millions of people.” Inzerillo explains. “I liken it to trying to live on Mercury. The planet is completely inhospitable. Every day all you’re doing is [fighting] a battle for survival in a place that really does not want you. Streaming video on the internet is sort of like that.”

On April 12th, a pair of fire-breathing dragons unleashed their fury across the internet — the Game of Thrones season five premiere, as well as the launch of HBO Now, were flawless. Today, BAM cemented its status as one of the most important players at the intersection of sports, media, and technology, announcing that it will be powering the mobile, web, and television offerings from the National Hockey League. It’s the first time BAM has been fully embraced by another major league.

“When you have HBO going over the top and Bob Iger’s talking about ESPN going over the top, Viacom’s networks are being kicked off cable, we had a real gut check,” says John Collins, the NHL’s chief operating officer. “BAM can help us dictate what happens to our content in a time when this media landscape is going through a lot of change.”

Like the deal with HBO, BAM will power the league’s streaming services. But the deal goes even further — BAM will be a rights holder of NHL content they can package and sell to an online audience. “It’s groundbreaking to have two leagues doing a rights deal,” says Collins. BAM recently forged a similar arrangement with the PGA. The new approach moves BAM beyond just a white label service provider, putting them in position to become an ESPN of the internet age, competing against the likes of Netflix, Hulu, and Amazon with the one thing all those services lack: live sports.

There’s just one catch. To make it all work, BAM has to grow beyond baseball.