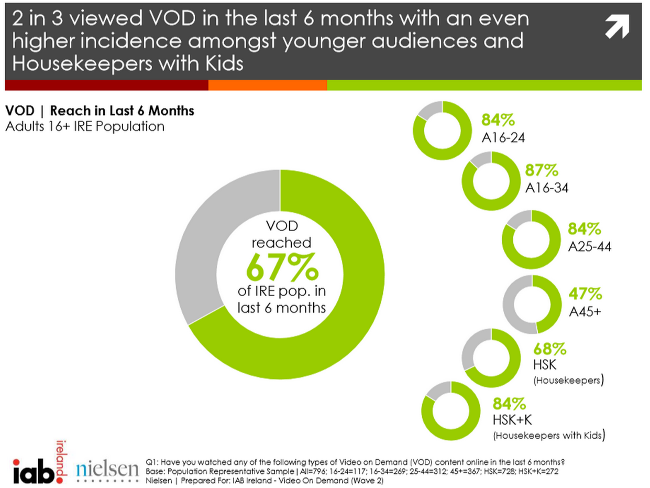 Streaming is now mainstream in Ireland with two-thirds of all adults having viewed video on demand services within the last six months, according to new research from the Interactive Advertising Bureau (IAB) and Nielsen.

The figure skews higher for adults in the 16 to 34 age group (87pc) and also for housekeepers with kids (84pc). More than 47pc of adults over 45 have also watched video-on-demand services ranging from Netflix to YouTube in the last six months.

IAB and Nielsen define VOD as streamed, downloaded video content on any device such as a tablet, smartphone, notebook, desktop, smart TV or games console, including professionally & user-generated content.