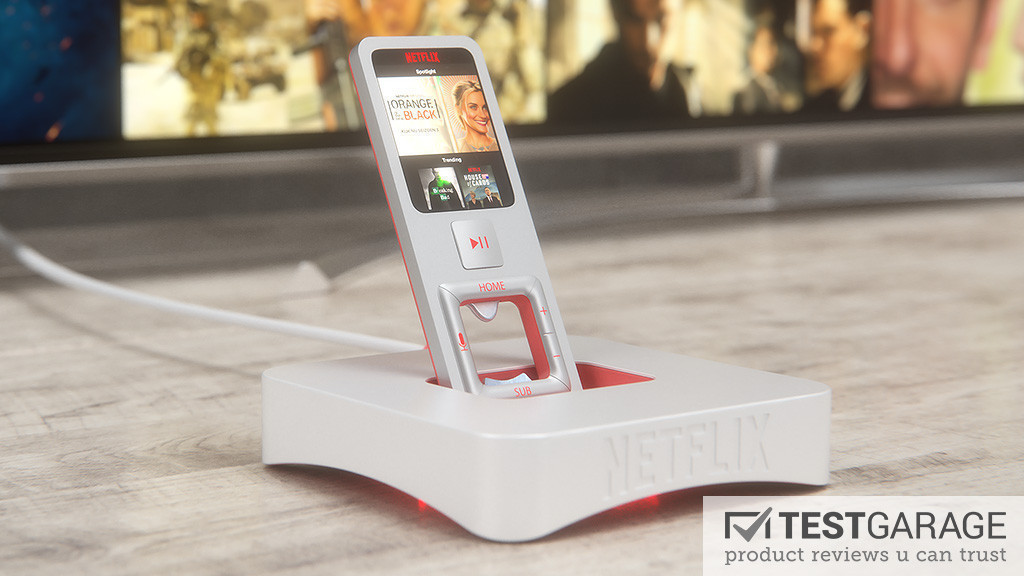 If you ask Netflix-founder Reed Hastings about the future of television, he’s got some marked answers for you: NBC and CBS are useless, classic television with its predetermined time slots has had its day. And the rising number of users for his video on demand streaming service actually substantiates this claim. But there is one advantage that classic television still has: Virtually every household has the proper receiver. Netflix on the other hand is only available on smart TVs produced by specific manufacturers or with the respective additional hardware, which is often expensive and provides only those additional features, e.g. 4k streaming, the manufacturer has ordered.

A feasible solution to this dilemma: A small box that is cut to size for Netflix and its full range of services, and that fits neatly with every TV out there. TESTGARAGE has asked renowned designer Martin Hajek to develop an exclusive concept for such a set-top box that could redefine television entertainment.