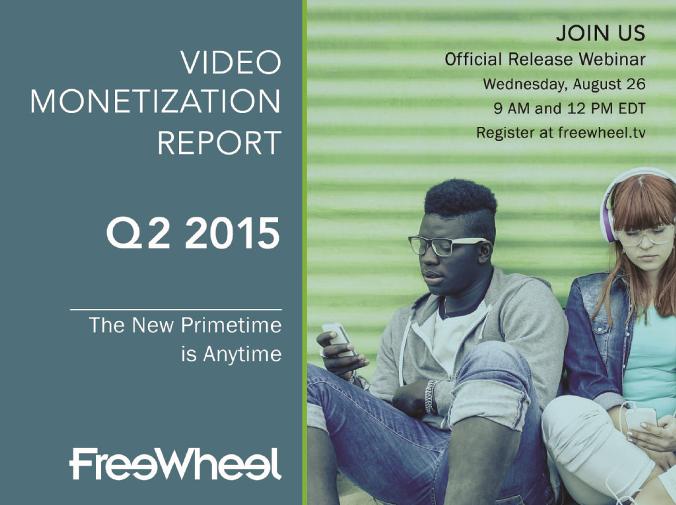 Likewise, in the stunning department, nearly 40% of ad views in Q2 happened someplace other than on a laptop or desktop computer, which also shows the emerging power of mobile phones and OTT devices.

Streaming knows no daypart, exactly. Viewing of long-form and live TV does spike from 7 p.m. to 1 a.m., expanding the hours of prime time. There’s also an odd kind of lull in which usage does seem to take a breather. But it’s not a jagged line up and down; more like a pleasant slope.

“The clear inflection point between desktop and laptop devices to other screens happens during the early fringe period (4 to 7 pm), coinciding with the afternoon commute, after which smartphones, tablets, and OTT devices all generate their highest hourly number of ad views,” this report says. “For the most part, consumption of premium online video on demand content is relatively daypart-agnostic, unlike linear television where there is a dramatic spike in ad views as we shift in to the traditional prime-time window of 7 and  9:00 pm.” 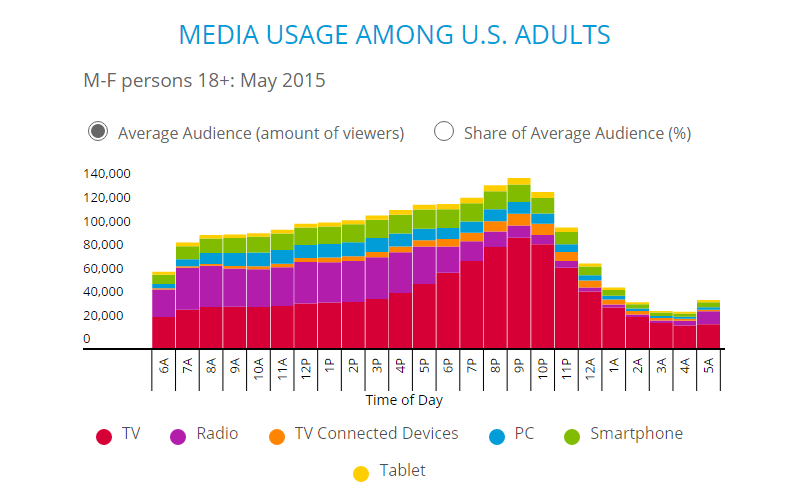 Live TV Rules, Americans Still In The Awe Of Broadcasters