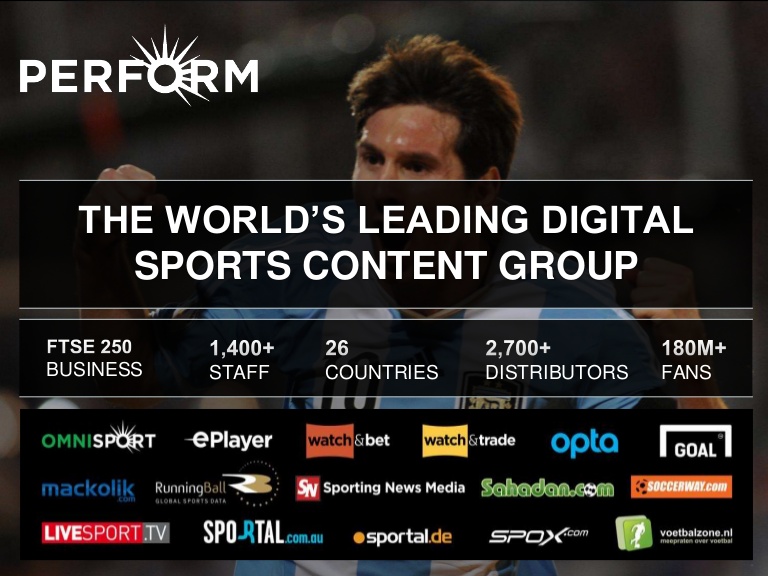 Sports media company Perform Group is taking steps to launch a live streaming service, saying it is positioning itself to become the “Netflix of sports.”

The yet-to-be named subscription product, which will launch in 2016, is an over-the-top service that will allow users in Germany, Japan, Switzerland and Austria to live stream sports games and original content from teams around the world for about $10 a month.”The focus is on making it very simple for users to subscribe and watch, independent of the time of day,” said CEO Juan Delgado.

Perform Group has already secured rights from major international soccer leagues including La Liga, Bundesliga, Serie A and Ligue 1, as well as the NFL. It will also produce in-studio shows hosted by former sports stars.