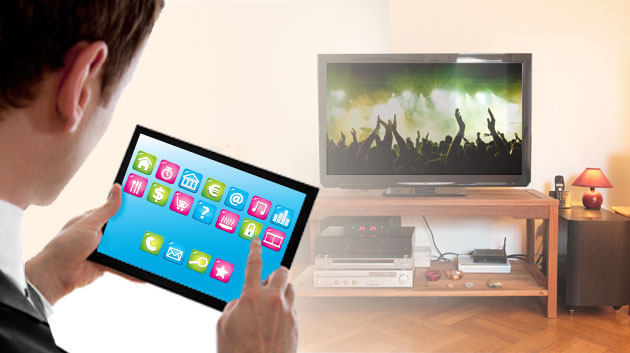 A large majority of American adults use mobile devices or computers while watching TV, and a big part of this multiscreen activity is devoted to social media — much of it related to the TV programs, according to a new study from the Interactive Advertising Bureau titled “The Changing TV Experience: Attitudes and Usage Across Multiple Screens.” The study results come from a survey of 651 U.S. adults conducted by Vision Critical’s Media & Entertainment Practice on behalf of the IAB in January.

Overall, 78% of American adults say they use another device while watching traditional TV, the IAB found. On a daily basis that includes 84% of smartphone users, 79% of computer users, and 65% of tablet owners. Furthermore, 40% of smartphone users, 39% of tablet users, and 28% of computer users say their multiscreen activity has increased over the last year.

The IAB study also highlighted the rise of Internet TV platform. Overall one in three Americans over the age of 18 owns a smart TV or a device that allows them to stream video to their TVs. In this group, 38% said they spend at least half their total TV viewing time watching streaming video. Interestingly 40% of connected TV owners said they consider commercials delivered with streaming video less intrusive than traditional TV ads.

What Verizon’s AOL Acquistion Might Mean For OTT Advertising

Regulators Clamp Down Heavily On TV Pirates In UAE