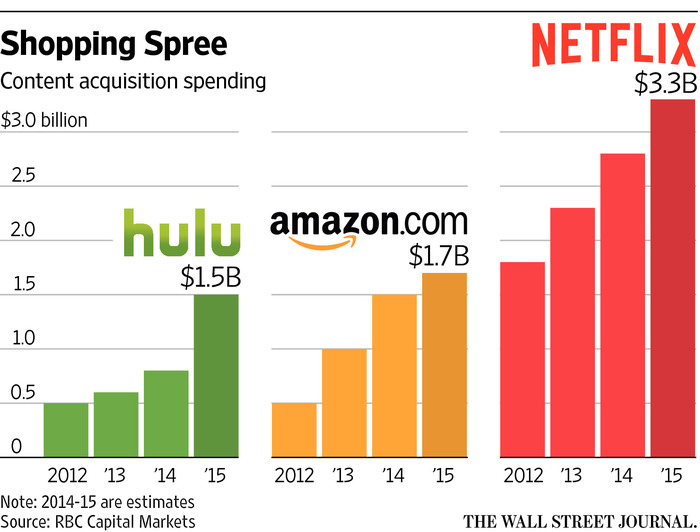 Hulu, despite its programming and management clout has always been considered a weaker player off the group of mainstream OTT video on demand streaming services.

It doesn’t have a signature show, like Netflix and Amazon, it has less high-demand content, and, unlike the other two, it has a good number of commercials. That basically explains why Hulu has far lesser subscribers.

But the streaming service has been working to address those problems, which has led to a exceedingly surprising development: It’s poised to see bigger growth than its archrivals Amazon and Netflix over the next four years.

As per a new forecast from eMarketer, which examines the rise of OTT services from 2014 to 2019,  Hulu will witness an 11.8 percent growth in subscribers in 2015, compared to 11.1 percent for Netflix and 12.3 percent for Amazon.

By 2017, Hulu will pass them both, at 9.9 percent growth to Amazon’s 9.2 percent and Netflix’s 6.3 percent. While is will still be smallest of the big four, Hulu will continue to trend ahead of its rivals in growth through 2019.

In recent times, the service has made aggressive content bids, such as winning the auction for repeats of “Seinfeld,” while putting renewed focus on its original content. Later this year the highly anticipated miniseries “11/22/63” will debut, starring James Franco.