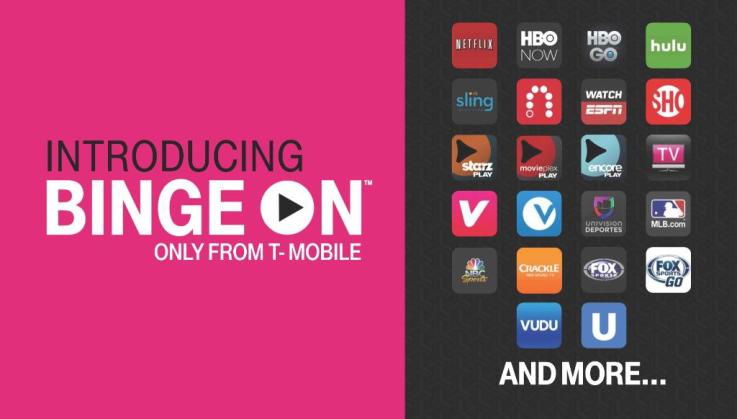 Telecom giant T-Mobile has let the world know its new found love for video streaming and especially, bingeing. The new service announced by the telco will allow users to binge on video on demand streaming services on their phones without being charged against their monthly data packages.

This may sound perilously similar to Facebook’s internet.org service as the new “Binge On” service is set to include HBO, Hulu, Netflix and ESPN like services. It will show video scaled down to DVD-quality but cans witch to a higher resolution once in a wi-fi network.With the competition from broadcasters going OTT and content providers launching their own streaming services, telcos like T-Mobile are realizing how crucial it is to get in to game themselves without having to depend on somebody else taking a shot for them.