The Dreaded Bundle Comes to Internet TV 05 May 2015 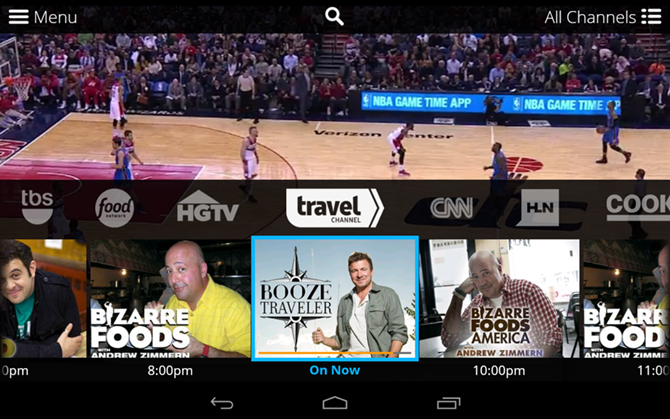 When a man named Herb MacDonald pioneered the pay-one-price, all-you-can-eat buffet in Las Vegas sometime in the in the middle of the last century, he probably did not realize that his restaurant pricing would become a model for so many businesses, particularly in the media industries. The most prominent imitators, of course, are pay-TV providers (cable, satellite, and fibre optic) who for one price offer subscriptions to a whole mess of channels such as Oxygen, HLN, MTV, Fox News, Bravo, MSNBC, E!, and so forth. (In 2014, the average number of channels subscribed to was 189.1; the average number watched was 17.5.) There are some who like this arrangement: more is more, and the payments are simple, if large. Others, however, find this buffet—or “bundle,” in industry jargon—annoying or unbearable. Social conservatives, for example, have long complained that they want more control over what comes into their homes, and that they don’t like funding the production of fornication-driven shows like “Jersey Shore.” Others simply deem cable TV too expensive—Americans pay an average of a hundred and six dollars a month—and they blame the bundle, fairly or not.

For the past decade, as people have started to watch more television via Internet connection rather than cable modem, the big question has been whether the Web might untie the bundle (an awkward metaphor, but the media world is full of them). There have been signs suggesting that it will: Netflix, for example, has gained more than sixty-three million subscribers, and people today can shun cable and still watch some television shows, such as “Mad Men,” by paying $1.99 for an episode a day after it premières. The number of so-called cord-cutters has been growing rapidly.

But those who predicted that the Internet would kill the bundle may have spoken too soon. Internet TV sites, in fact, are now growing its own bundle—the so-called “neo-bundle.” This year, Dish television and Sony have begun selling a version of Internet television that centers on a bundle, albeit one that is smaller and cheaper that the original offered by cable companies.