There is no cord: free your TV and innovation will follow 30 April 2015 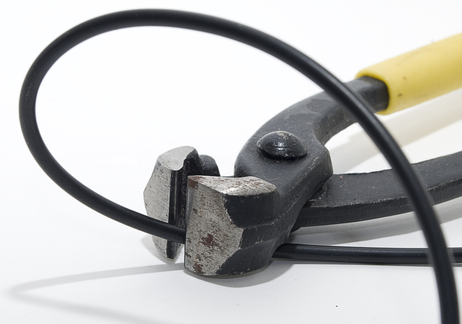 In the 1999 film The Matrix, the lead character, Neo, encounters a teenage boy effortlessly bending and modifying the shape of a spoon with only his mind. When Neo unsuccessfully attempts to do the same, the boy advises Neo that bending the spoon is impossible. Instead, he should try to realise the truth, that ‘there is no spoon,’ and ‘it’s not the spoon that bends, it is only yourself.’ Similarly, consumers are gradually coming to the realisation that there is no cord.

As more and more consumers grow increasingly discontent with rising cable costs and channel packages that don’t align to their view preferences, cable companies are seemingly attempting to resolve the issue by doubling down on the very same legacy business practices consumers are rejecting. With that being said, where do you get your television shows and movies? If you answered Netflix, Hulu Plus, or any other online video streaming service, you’re certainly not alone.

In fact, a recent survey from ComScore found that 24% of TV viewers ages 18 to 34 don’t subscribe to a traditional pay TV service. Nearly 46% of those viewers indicated that they never even had cable to begin with, while the rest simply cut the cord. The fact of the matter is, traditional TV is being replaced with video on demand (VOD) applications and video streaming servers at a very rapid rate. This shift is being fueled in part by ubiquitous connectivity, internet bandwidth improvements and a proliferation of online content providers.

For the IT industry, this shift in content consumption represents a tremendous opportunity, but also a number of challenges. High-definition content takes up a lot of space. With the growing number of users cutting the cord or not even subscribing at all – and the high demand for content that needs to be stored online – we must consider it will that affect not only the service of Internet providers, but the big data houses that store all of this content and their ability to meet the current and emerging demands of viewers?

The ‘Netflix tax’: what your business needs to know

Comcast Now Has Nearly as Many Internet as Cable Customers