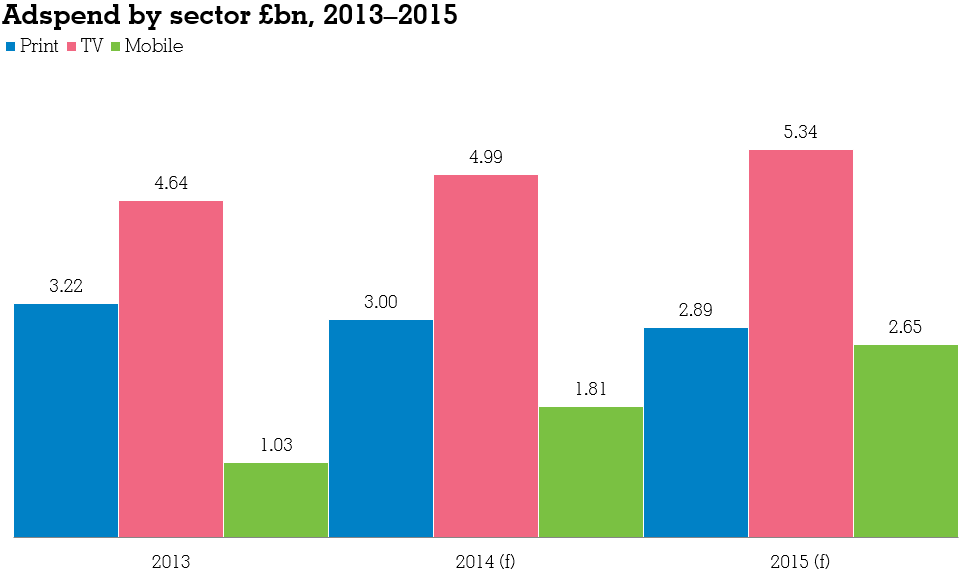 It seems the UK is a good place to be right now, as 8.2% ad spend growth for the first quarter of the year is outpacing the rest of Europe, according to the latest AA/Warc figures. Yesterday, Nielsen’s Consumer Confidence report showed a sixth successive quarter of Brits feeling more positive about the economy, their income and their likelihood to make major purchases. In fact, the UK overtook Germany and was second only to the Danes in Europe for the feelgood factor.

Today’s AA/Warc figures have several standout statistics. Mobile spend was up by just over a half, year-on-year, for Q1 this year and thus, although advertising as a whole was up 8.2%, Internet TV platform advertising, including mobile, was up 12.8%. As such, the UK is still on course to be the country where most is spend on Internet advertising per person this year and next.