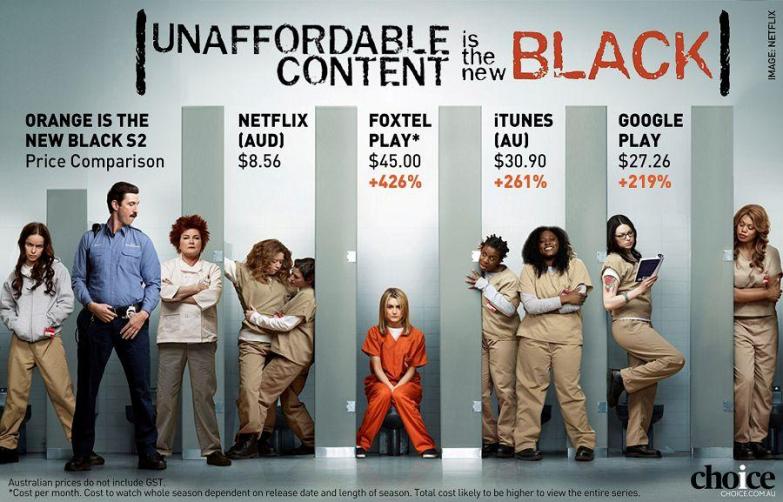 Video piracy in Australia has fallen by nearly a quarter since the online video on demand service Netflix began operating in the country, consumer group CHOICE says.

The widespread availability of services that allow movies and television shows to be streamed direct to viewers homes has led many Australians to abandon illegal methods of accessing those programs such as file sharing, according to CHOICE. The group said its latest research shows the the number of people who pirate film or TV at least monthly in Australia has decreased by a quarter, from 23 per cent in 2014 to 17 per cent. It said overall rates of piracy have fallen from 33 per cent to 30 percent.