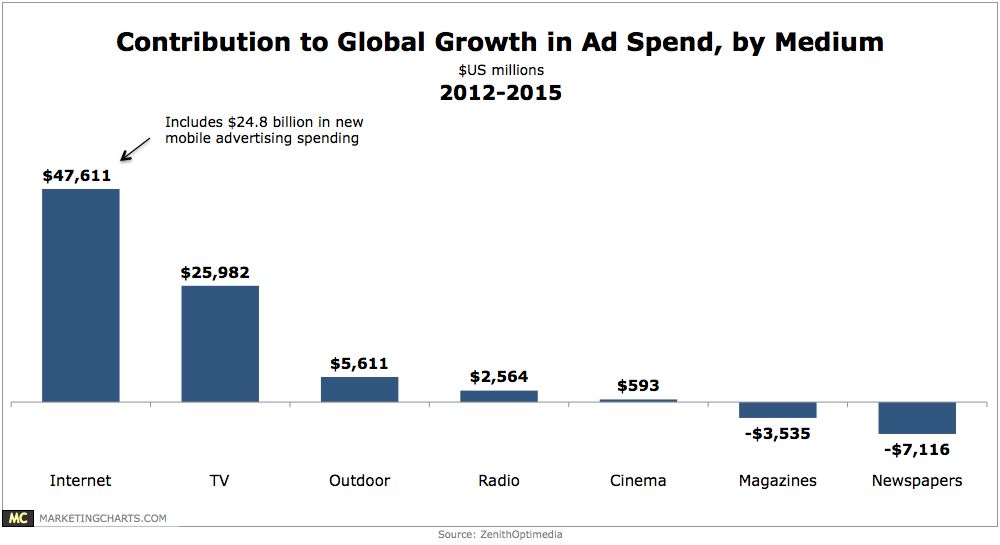 Media agency ZenithOptimedia forecasts that advertising spending on TV will be basically flat over the next three years. Meanwhile spending on digital media, particularly video, is expected to climb.

In its second quarter forecast, ZenithOptimedia forecasts that TV spending will rise 2% to $68.1 billion in 2016, an Olympic year, after a small dip in 2015. The agency sees spending increasing negligibly in 2017.

TV dollars are expected to continue to shift from broadcast to cable. ZenithOptimedia sees broadcast network spending sliding from $15.7 billion in 2017 from $17.4 million in 2014 following a decline in ratings. “Networks are continuing to focus on recapturing audiences across other screens, fueling growth of their digital and mobile business. Among these opportunities is the advancement of dynamic ad insertion,” the agency says in its forecast. .

Spending on cable is seen rising to $24.2 billion in 2017 from $22.4 billion in 2014 as cable networks add more quality original programming to their lineups.

Video streaming services win in the battle for prime-time