The New Roku App From Muvi Studio Is Now Available For Download! 30 September 2015 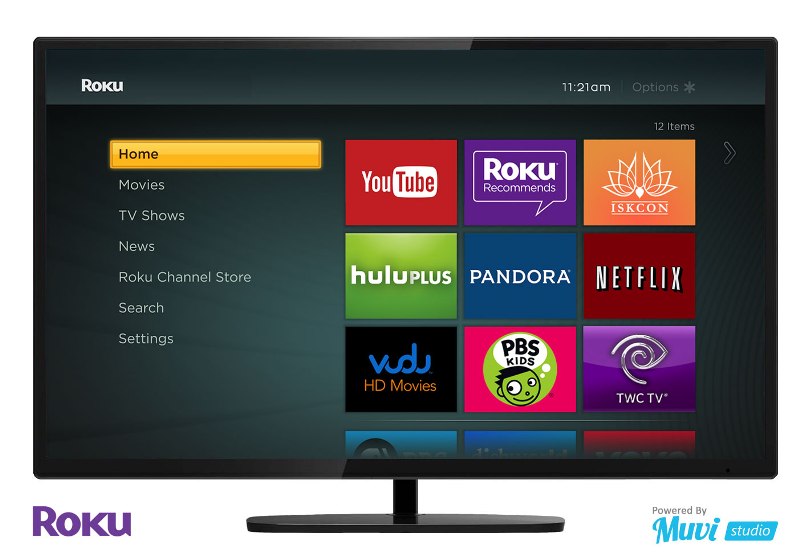 New York, 30th September, 2015 – Muvi, a leading Cloud based Video Streaming Platform by New York-based tech firm Muvi LLC, has announced the release of its Roku App for its clients.

With the launch of its Roku app and the recent launches of Apple TV and Chromecast support, Muvi’s clients like TV Networks, Broadcasters, Studio’s and Video content owners looking to launch their own VOD services can now go multi-screen in just a matter of few days at a click of a button!At the time of publishing, ISKCON’s VOD Service has become the first platform to launch its Roku App with Muvi.

With the development of this new app, it has finally become a possibility for a video streaming business to launch their own Roku channel directly with Muvi in a matter of days! Apart from the stunning turnaround time, the opportunity of transcending along with Apple TV & Chromecast to reach out directly to a huge subscriber base that Roku enjoys is a dream come true for many online video businesses and platforms today. It may also be noted that Muvi is the only one of its kind cloud-based self service platform that offers an OTT VOD Platform that can launch a VOD service across web, mobile and connected TV’s in a turn around time of just a few day’s and at a click of a button, all controllable by a single admin panel, with 14-days of free trial and at Zero upfront investment!

There is a reason why a Roku app has become so critical for online video. We break it down in to a set here:

A Roku app today is as crucial as an iOS or an Android app because it has an enormous reach and telecasts directly to the TV. ISKCON’s VOD service has become the first Muvi powered service to publish their own Roku app and seem confident on a wide audience reach.

Not just ISKCON VOD, but online video startup launching today has to publish his apps across different platforms in short timeframe and Muvi makes it possible for them to launch those multi-platform apps in 2 days. Yes, just, 2 days! Normally, this would take months of time and a staggeringly high budget but both of them don’t seem to be an issue onboard the Muvi platform with a 2-day window and minimal app pricing. Along with the Roku app, an iOS app has also been launched by Muvi Studio that can be deployed in almost the same time window!

It would not be too soon to believe that Muvi has stirred the cup very well here without spilling the content and raised the bar for others to come.

Why Is Transcoding Essential For OTT Platforms?

How to Build an Apple TV App Without Coding?