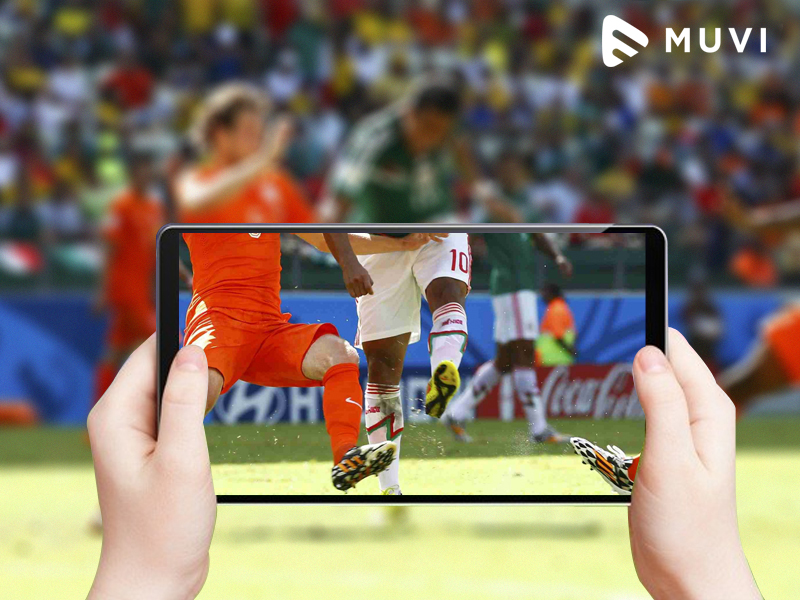 Previously when there was Manchester United vs Arsenal in the league finals, one used to mark the date on the calendar, grab a few beers and makes sure that he/she is on the coach in front of the TV by 8pm. Remember the times when you had to miss the start of the game because you were on the bus, train or simply didn’t have access to a TV. It’s 2016 and we don’t have to do that anymore. Many of us don’t do so too. A smartphone or laptop with an internet connection is all that is required. With live video streaming becoming mainstream, watching your favorite game is as easy as opening the app, and pressing play!

With smartphones becoming the device in everyone’s pocket, and wider faster internet connectivity, live streaming is only growing ahead in numbers. There has been a 31% increase in digital video consumption of sports from 2013 to 2014. Sports account for 37 percent of all TV Everywhere viewing today, and live sports is something that has actually prevented cord cutting. But live streaming has stepped in. Two months back, the SuperBowl 50 made a record of the maximum streamed sporting event of all time. According to CBS, 3.96 million people accessed the game over laptops, phones, tablets, consoles and TV boxes like Apple TV, Roku or Chromecast. CBS recorded an average of 1.4 million viewers per minute, while NBC and Fox had seen 800,000 and 528,000 for Fox respectively in the previous events.

Now Twitter has signed up an exclusive $10 million deal with NFL to live stream the Thursday night games over the internet. In this age of cord cutting, there is increasing pressure on traditional cable operators to provide mobile and on-demand video services like modern video streaming services. After live in-feed videos, Twitter’s move into mainstream online video broadcasting will make the competition higher for other sports live streaming channels.

Hotstar, Cricket T20 2016 Live TV and Cricbuzz were among the top 5 cricket related apps during the recent T-20 world cup. All these apps offer live streaming of the game, and the segment has seen a 450% increase in downloads during this season. Around 25% of sports viewing in the US is already being done online. And this is number that is steadily increasing. Another factor to drive up this number is 5G mobile internet services. As with every iteration of mobile broadband speeds, video consumption has and will only increase.

Live streaming is helping the socially active generation’s demands of creating better engagements with shares, tweets, and likes. Video advertising is moving to the digital space, and is growing very well. Muvi can help broadcasters and content owners to launch their own OTT Multi-Screen video streaming services. Your game, event or shows can be up and running in a couple of hours with a few simple clicks. Signup today.