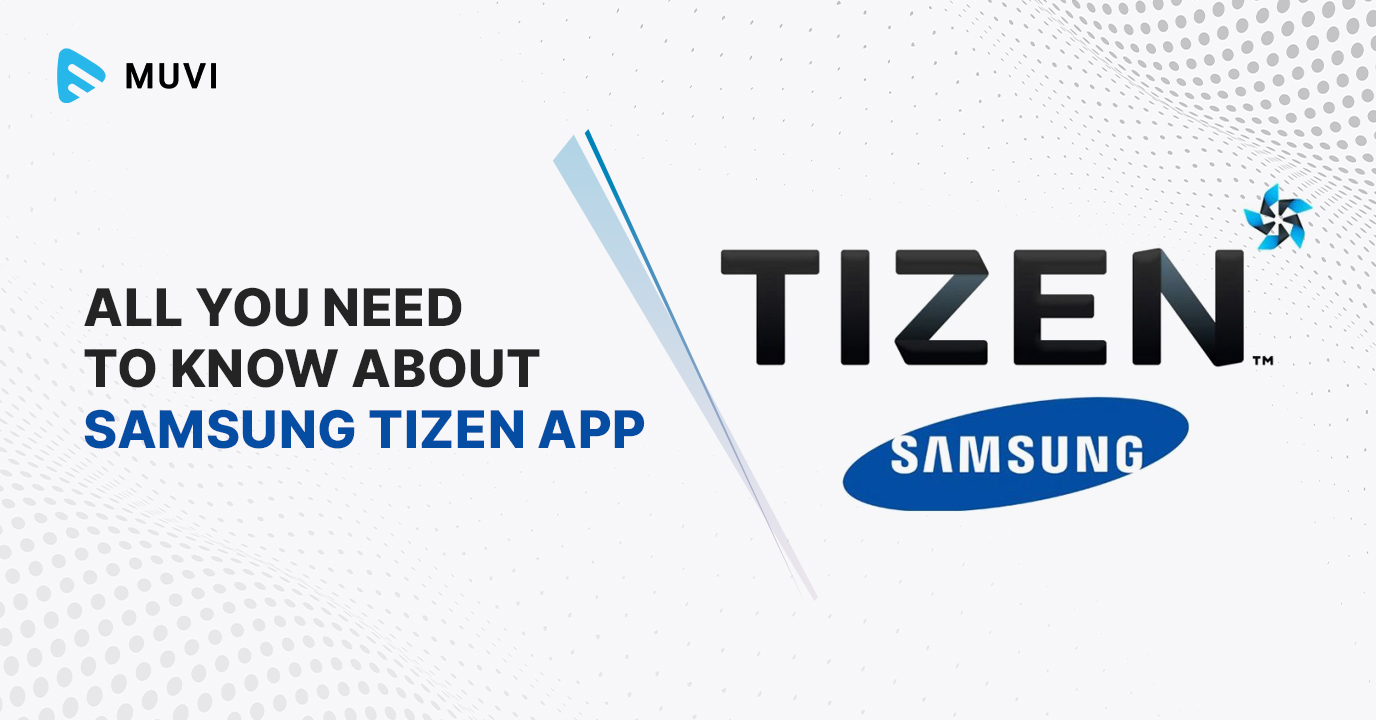 Tizen is a popular Linux-based OS (Operating System) that not only supports Samsung smart TV but a range of other devices including smart mobiles, PCs, and tablets. Well-known for its high speed, cross-platform compatibility, and highly customizable features, Tizen OS was mainly developed and used by Samsung and was first released in January, 2012.

Over the years, it has garnered even more popularity across the globe. Furthermore, with the internet-based streaming taking the center-stage in the media and entertainment sector, the popularity of Samsung Tizen Apps and OS has risen further in recent years.

If you are planning to launch your online streaming business like an OTT platform or want to scale up your business further, then launching your own branded Tizen App or channel can be a great idea. In this blog, we will discuss all you need to know about the Samsung Tizen app and OS to help you make the right decision.

Origin, History and Evolution of Tizen App and OS

A Tizen app or channel is defined as an app or channel that is supported by Tizen OS and lets you target the Tizen app ecosystem. The origin and history of the Tizen OS is dated back in 2011 when Linux Foundation initiated the Tizen project as a successor of MeeGo, another Linux-based mobile operating system.

However, it came into the spotlight when Samsung released it in January, 2012 and since that time, it has undergone through several evolutions as shown below –

With time, Samsung Tizen apps and OS have become more popular around the globe, making this ecosystem one of the key targets by the streaming business players. In the next section, we will discuss Samsung Tizen app and OS, market, growth opportunities and more to help you understand why launching your own Samsung Tizen app is a lucrative business idea.

The Samsung Tizen app and OS/platform market has grown considerably over the past years making it the leading smart TV OS in the U.S. itself. As stated by a recent research report, more than half of the U.S. smart TV owners use Samsung Tizen OS to watch online content followed by Roku and LG TV OS.

And that’s not it, as revealed in a recent statistical report, in terms of the worldwide smart TV shipments annually, Samsung’s Tizen platform accounted for the largest market share of over 20%.

Creating your own branded Samsung Tizen app opens the path to target its widespread audience base. Furthermore, Tizen platform also comes with a lot of features and perks that make it highly popular among the smart TV viewers such as –

With over 190 million users across more than 190 countries, Samsung Tizen platform tends to remain in the forefront for the leading streaming businesses even in the coming years. To give you more insights, the global sales of Tizen-powered devices surpassed 300 million units over the last 5 years, while Samsung has been named the no.1 global smart TV manufacturer for the 15 consecutive years (all Samsung smart TVs are based on Tizen OS since 2015).

No wonder that the leading streaming businesses are utilizing this smart TV platform at an increasing rate. Intrigued to know, how you too can leverage this opportunity? Read on till the end!

Undoubtedly, Tizen OS holds high potential to take your streaming business to a whole new level and you can grab these low-hanging opportunities much easier than you thought of, provided you choose the right platform provider.

Muvi, an all-in-one OTT platform provider, offers a complete no-coding solution to launch your own branded Samsung Tizen App. Muvi’s instantly deployable solution not only ensures seamless streaming for your viewers, but also offers a lot of prime features and perks like –

Still wondering? Take a 14-day free trial today to try it firsthand and we will set it up for you, if you like it (no credit card required)!