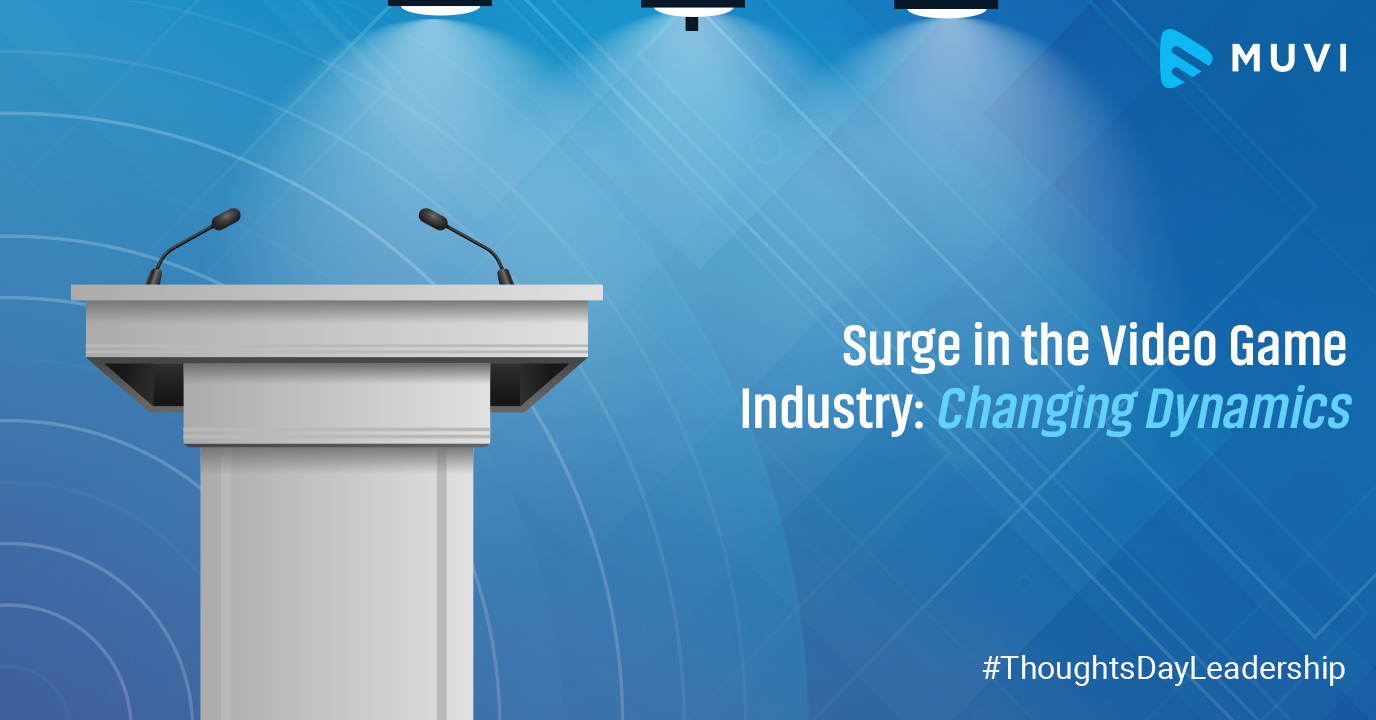 The gaming industry has been unusually busy with major announcements from tech giants like Google and Netflix, big acquisitions, and some revolutionary portable hardware updates. As new technologies pave the way for more engaging gaming experiences, let’s take a deep dive at why the gaming market has now emerged as a huge and thriving sector that demands our attention.

From a business perspective, the gaming market has turned into the apple of everyone’s eye gaining its position as the most lucrative entertainment sector thanks to the rise of COVID, new hardware updates, and surge in software sales along with increased adoption of smartphones.

Tech Giants Want a Slice of the Gaming Industry

Sky-rocketing revenues of the gaming industry have spurred renowned entertainment and technology companies to break into the industry. Both Amazon and Google’s repeated attempts to enter the gaming market have paved the way for other large and mid-cap organizations to share a piece of the cake as well.

Sony and Microsoft have already been steady players in the video gaming space for a long time now.  Sony’s PlayStation 4 was the best-selling video game console in 2019, selling almost 18.3 million units worldwide. This figure was almost three times higher than its direct rival, Microsoft’s Xbox One.

The next big player to enter the market is Netflix. The entertainment giant plans to feature video game streams inside the Netflix app as soon as next year. Adding a video game category inside a VoD app is something revolutionary, the likes of which have not yet been explored by its competitors like Disney+ or HBO.

Tech giant Google has made some changes in their revenue sharing policies with game makers on Stadia, announcing a cut to its commission when the games are purchased and a cut in the subscription revenue share as well. The company is hoping to rope in more developers to its cloud offering to compete with Microsoft’s upcoming xCloud gaming platform.

Facebook too has announced plans to continue the development  of Facebook Gaming live streaming platform as a viable alternative to rival platforms such as YouTube and Twitch.

The future of the video gaming industry is filled with opportunities, especially for subscription services. Subscription streaming services are the future and will prove beneficial for video gaming companies, as manufacturing, storage, and shipping charges will get eliminated. Innovations in technology will bring forth newer gaming experiences for users. Also, as the world moves to a more mobile-centric gaming landscape, streaming services, and mobile phone gaming will become an important arena for revenues.