Floyd Mayweather’s next fight might air on CBS, a huge gamble for the network 14 July 2015 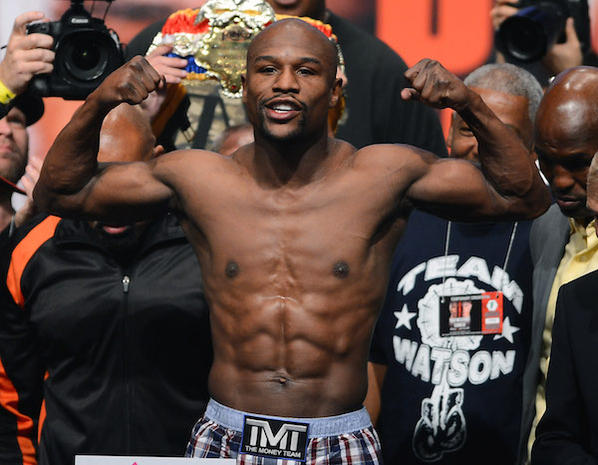 Floyd Mayweather’s last fight against Manny Pacquiao shattered Pay-Per-View (PPV) records and expectations by tens of millions of dollars, and yet his next fight could reportedly be given away for free to anybody who wants to watch.

According to a source for Lyle Fitzsimmons of CBSSports.com, Mayweather’s next, and presumably final, fight could be broadcast live on CBS on September 12:

Mayweather insisted after the May 2 defeat of Manny Pacquiao in Las Vegas that he’d return for a 49th and final fight in September, and an industry source told CBSSports.com on Wednesday that a short list of opponents is being pondered for a Sept. 12 event that could be broadcast live on CBS … An announcement is possible as soon as the end of the week, the source said.

Mayweather has one fight left on his six-fight contract with Showtime, which has handled the PPV for the first five fights of the deal, sharing that privilege with HBO in the recent fight against Pacquiao. However, as Fitzsimmons notes, Showtime is a wholly-owned VoD PPV platform of the CBS Corporation, so moving a fight to broadcast television was always considered a possibility.