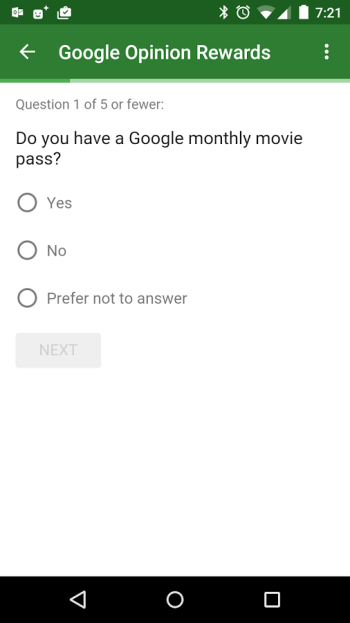 Shares of Netflix are up more than 80% so far in 2015, and it’s looking like the video on demand film distribution business isn’t a bad one to be in right now. Just like the rest of us, Google appears to have taken note and it seems as though the company is at least toying with the idea of launching a Netflix-like service of its own.

If there’s one thing no company ever wants to hear, it’s probably the phrase, “Google is about to enter your market.” Granted, Netflix is a clear leader in the content-streaming space and likely wouldn’t be quite as nervous at the thought of rivalling Google. All the same, we’re sure Netflix executives would rather not compete with Google if they don’t have to.

If the new survey being conducted by Google is any indication though, Netflix might not have a choice.