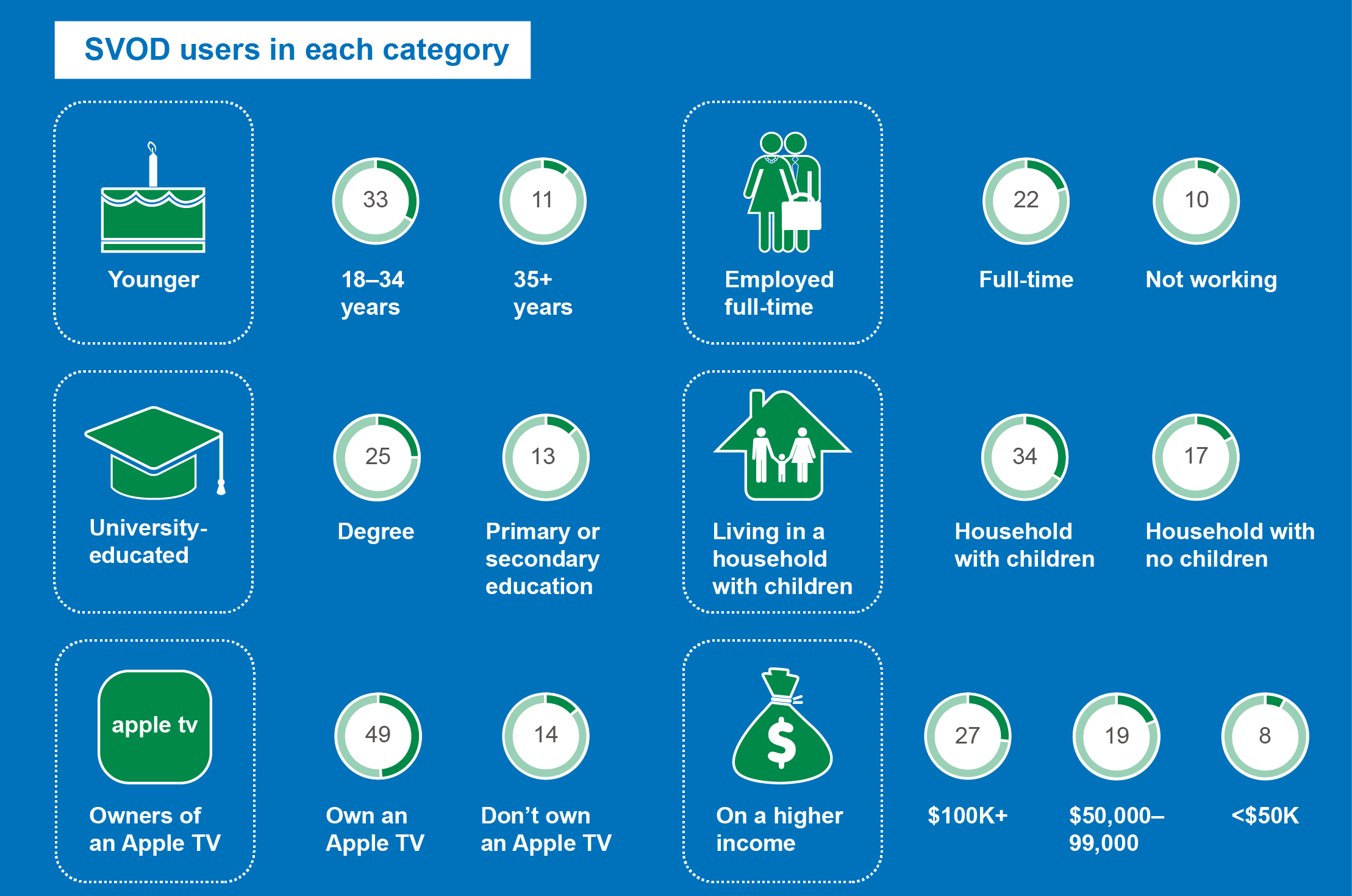 A new report from the Australian Communications and Media Authority finds that ever since its launch in March 2015, Netflix has become the most dominant subscription VOD service (SVOD) in Australia. The same is confirmed form the numbers suggesting that Netflix’s has attracted 2.5 million users in the first half of the year and in not stopping anytime soon.

In June, analysts suggested that Netflix may have gained at least 1 million subscribers in Australia and hence the 2.5 million number brings ‘awe’ to every statement about it. There’s only one confusion here : do these numbers included trail users or final subscribers? While some telcos offer a month’s trial while some may have gone as far as offering 12 months for trial.