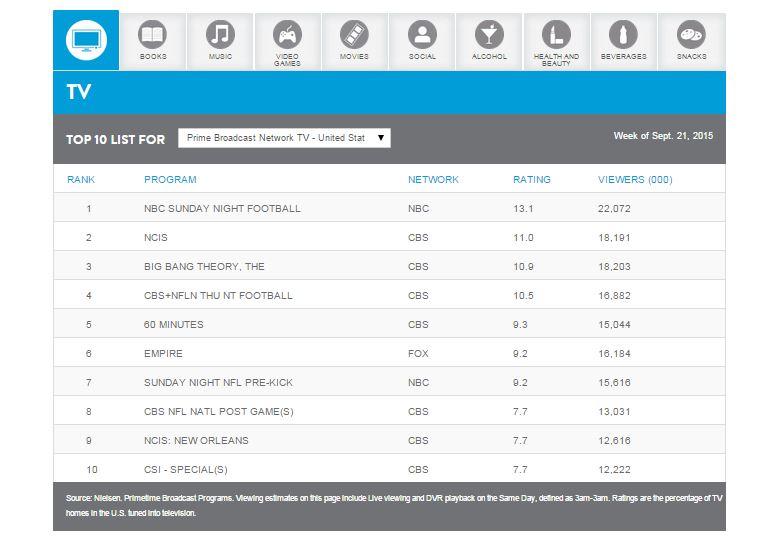 Most TV show viewers have had this experience: Couple of weeks into watching a favorite new TV show and the network goes AWOL that the series has been canceled because of too few viewers! A classic example is cult favorite “Firefly,” a space/western/science fiction comedy-drama created by Joss Whedon, creator of “Buffy the Vampire Slayer.” It premiered on Fox in the fall of 2002 and was canceled after only 11 of its 14 produced episodes were aired, even though it was drawing 4.7 million viewers per episode. Weird?

Analysing and determining who deserves to stay and who deserves the axe in TV programming has long been the exclusive domain of the Nielsen company, which got its start in 1920 by analyzing brand advertising on radio. It branched into rating radio programs in late 1947 and moved into television in 1950 with the ratings system it developed for radio.

Despite several technical changes over the past few decades, and even though studies indicate more people are watching more television these days, ratings for “live” TV viewing have been dipping constantly. And that makes advertisers, the people who spend $70 billion per year on TV commercials, unhappy. The likely suspect? Increased video streaming of TV content via the Internet (Netflix, Amazon, Hulu, etc.) to computer laptops, tablets and smartphones, which Nielsen doesn’t yet have a way to effectively measure, forget analyzing.

Then came along Virginia-based comScore and Portland-based Rentrak, a pair of tech rating agencies that were able to measure Internet activity and consumer TV behavior, respectively. On Tuesday, they announced that comScore will acquire Rentrak in a deal that aims to develop a system for counting TV viewers across all three platforms — television, the Internet and mobile devices — who many advertisers and industry officials are convinced aren’t being accurately counted. Which also means Nielsen will face extinction in terms of industry relevance.

Networks are now beginning to get mad at Nielsen for the incorrect figures it has been supplying for a while. There have been a lot of promises exchange but to no avail. The growth in multiplatform viewing, the rising clout of VOD services and the emergence of some potential competition for Nielsen, may prove to be the push needed to obtain a truer picture of who’s watching what.