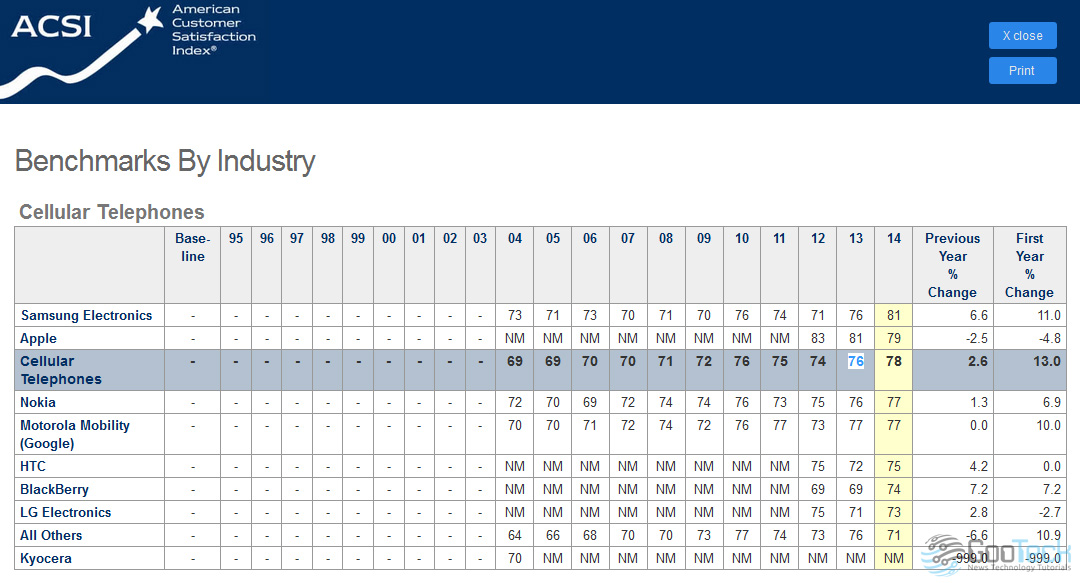 As more entertainment options provide consumers with a wealth of choices, overall customer satisfaction with pay TV services and Internet service providers (ISPs) is on the decline. Smartphone users, however, are quite happy with their devices.

Time Warner and Comcast faced significant drops after their failed merger. Comcast’s customer satisfaction levels decreased by 10% to a score of 54 while Time Warner earned the lowest score in the study, plummeting 9% to a score of 51.

Verizon’s FiOS, however, took the top position from DIRECTV with a score of 71 compared to Direct’s 68.

Overall, customer satisfaction for ISPs did not change over the year. Consumers report being frustrated with slow, unreliable broadband service and ever-rising prices.

Even so, some ISPs did improve their standings with AT&T scoring a 69, a 6% increase. Bright House Networks scored a 63 while Frontier Communications and Cablevision Systems scored a 61.

Overall satisfaction with cell phones was unchanged at 78, which is the highest score for the industry.

Apple and Samsung tied for the lead at 80 with Apple enjoying a 1% rise and Samsung experiencing a 1% decline.

In regard to specific phones, Samsung Galaxy Note 4 took the lead at 86. The Galaxy S5, iPhone 6, iPhone 6 Plus and a few others tied at 82.

Researchers also found that fixed-line phone service is no longer much of a focal point with customer satisfaction dropping 5.5% to 69.