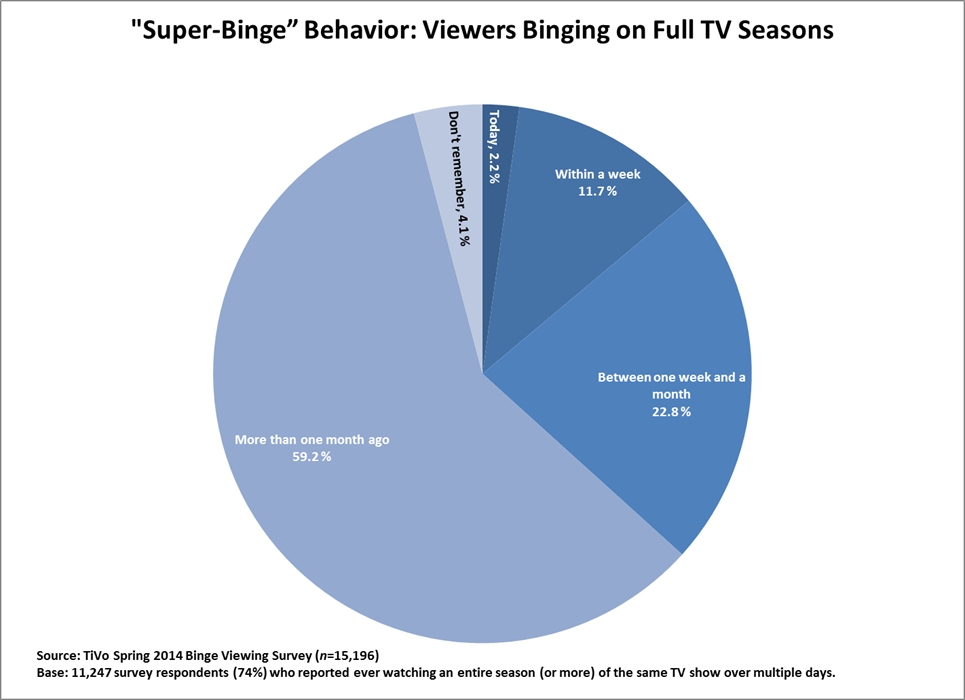 Binge viewing, defined as viewing more than three episodes of a series in a day, has continued its meteoric rise in both perception and popularity. Negative perception of binge viewing has greatly decreased, to only 30 percent of respondents (versus 53 percent just two years ago).

Overall, 92 percent of respondents reported binge viewing at some point, demonstrating that binge viewing is a new norm. The survey only goes on to enforce what linear TV fears : the mayhem of video on demand services.