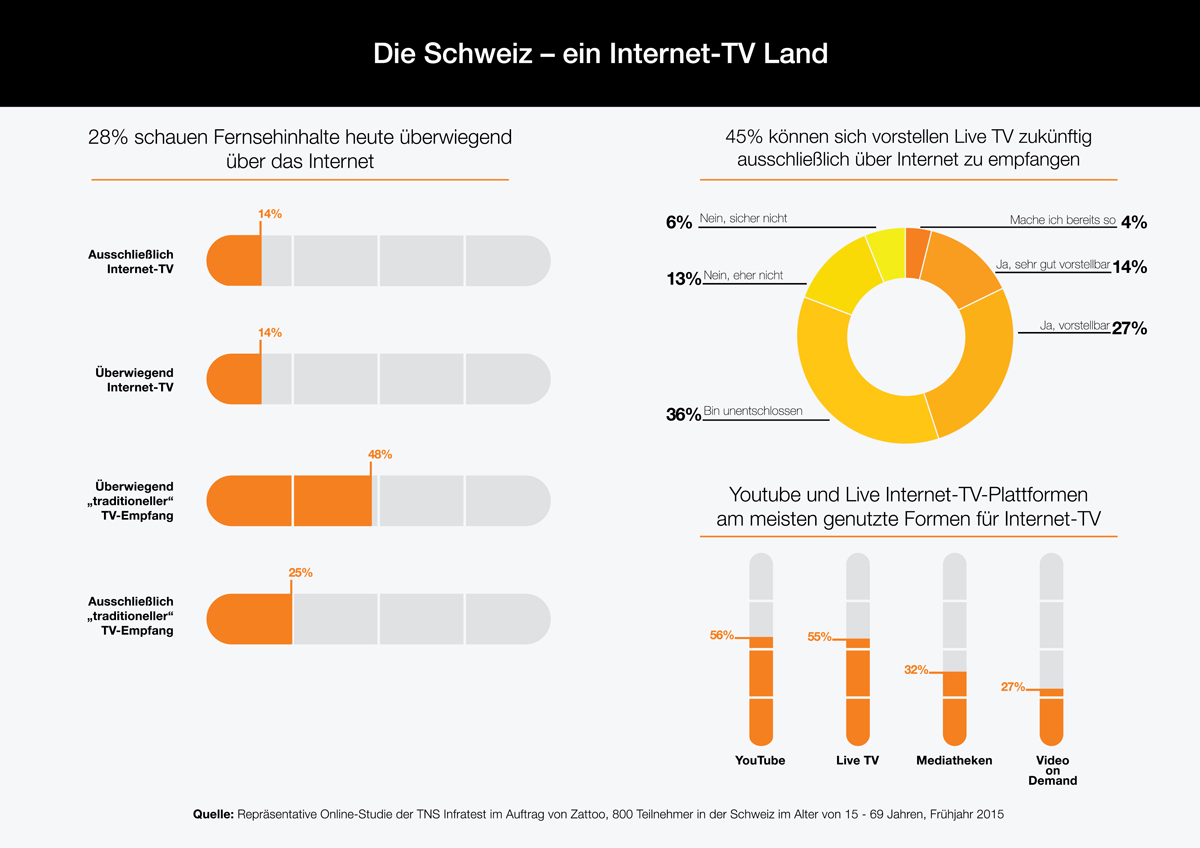 Three quarters of Swiss TV viewers older than 15 has watched video/TV content via internet with one quarter watching the majority of video/TV content via internet, according to a study by TNS Infratest for web TV service provider Zattoo. The study also found that 14 percent of Swiss TV viewers watch video/TV services only via internet. The most used service is Youtube with 56 percent followed by online live TV services like Zattoo of streams offered by broadcasters with 55 percent.

Catch-up TV services of broadcasters is used by 32 percent and online VOD services by 27 percent. The age difference is visible with 34 percent of Swiss between 15 and 29 watching video content mostly via internet and 31 percent of Swiss between 50 and 69 never watching video content online. Another finding is that 45 percent of the surveyed Swiss can imagine ending its cable or satellite TV subscription replacing it with online TV and video on demand services.