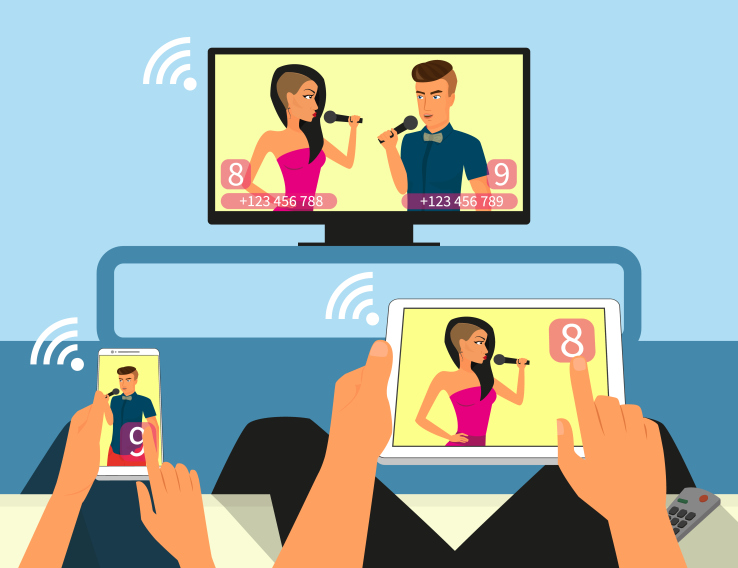 Commercial TV stations are recently focusing on online video on demand distribution services, hoping to secure a new revenue source by enhancing distribution services while maintaining peak advertising revenue, as well as to restore the power of TV by providing a wide variety of content.

Netflix Inc., the U.S.-based world leader in distributing paid Internet video content, announced Wednesday that it will start to offer its service in Japan in autumn, providing video content from the Fuji TV.

“There is a concern that [the new venture] could pull even more young people away from watching TV, but we will still have them watch what we produce,” said Fuji’s Senior Executive Managing Director Toru Ota at a press conference, expressing the company’s intention to prioritize broadening the audience base for TV productions.

Fuji appears to be aiming to address a recent decline in the power of its terrestrial service by capturing new viewers for its programs, as well as creating a new source of revenue.

Due to wider use of smartphones, people across generations but predominantly those in younger age groups have come to watch less TV. The Internal Affairs and Communications Ministry survey said that those in their teens and 20s spend more time using the Internet than watching TV. According to Dentsu Inc., ad spending for terrestrial TV exceeded ¥2 trillion in 2006, but dropped to ¥1.83 trillion in 2014, indicating one impact of the trend.

Under such circumstances, commercial TV stations have started to offer Internet video distribution services in turn, expecting such operations to grow.