Internet advertising revenues in the U.S. totaled $49.5 billion in 2014, according to the Interactive Advertising Bureau,  a 16% increase over 2013 revenues. 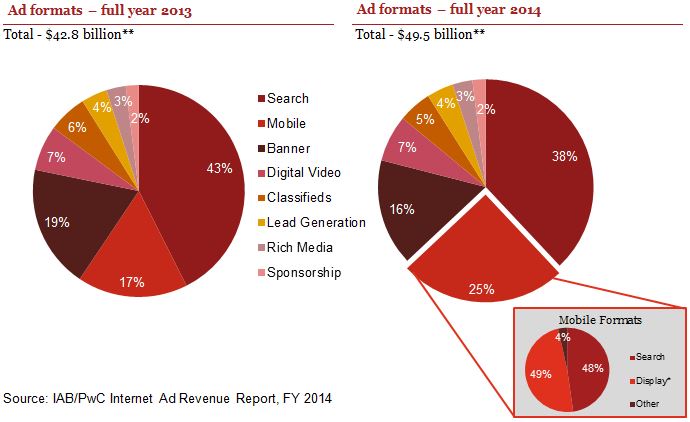 The trade body on Wednesday released its annual Internet Advertising Revenue report, which was conducted by PricewaterhouseCoopers. The report said the industry enjoyed its fifth year of consecutive double-digit growth. Meanwhile, ad spending on broadcast and cable television combined totaled $65.7 billion over the course of the year, the report said.

“Interactive marketing has generated remarkable revenue growth, a testament to its power to reach today’s consumers with innovative formats at critical junctures in the path to purchase,” said Sherrill Mane, IAB’s senior vice president for research, analytics and measurement. 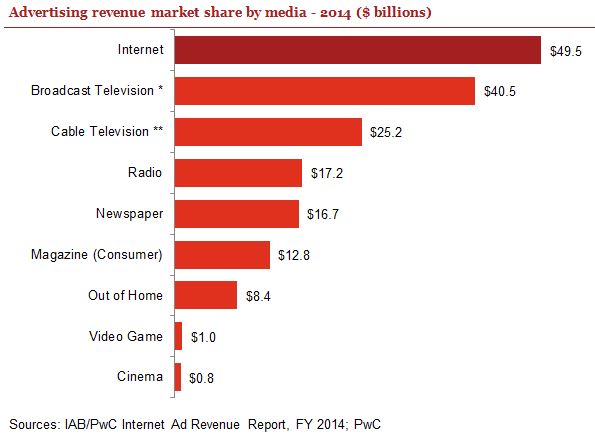