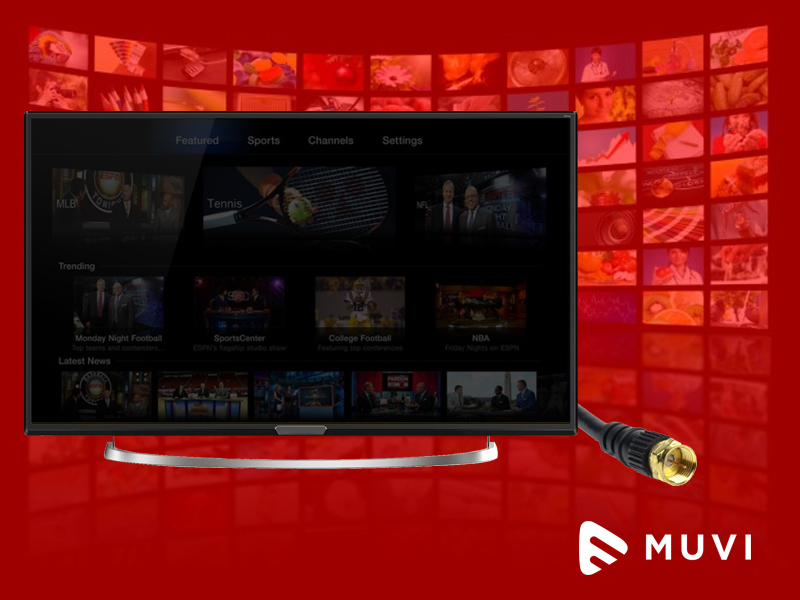 Cord cutting is a buzz word today. With numerous reports of varied region showing mixed results about it, the question arises – is cord cutting real? Short answer – Yes, but read on.

Cord-cutting was seen as a phantom by most in the cable industry. However, as time passed, it is becoming more of a real thing. Reports by MoffettNathanson and a few others show a steady decline in the number of Pay-TV subscribers. Another report says 350,000 subscribers in US cut the cord from Pay-TV in the last 3 months. But the 3rd quarter figure in the MoffettNathanson report showed better numbers than the previous quarter, which resulted in good sales of TV related stocks.

Almost 70% of North America has access to a video streaming service. At the same time, Pay TV has been growing in Latin American countries like Mexico, Argentina, Chile and others. PayTV is predicted to increase in numbers to around 78 million in the next 5 years for this region. OTT in Europe is growing, but at a much slower pace than North America. This is mostly because of free services like iPlayer and the likes.

So far all reports have stated increase in subscribers for OTT video services like Netflix, Hulu and others in almost every region. It is clear to state that OTT is here to grow, and there’s no other way about it. A Neilson report suggested that Pay TV is still the dominant form of entertainment in homes. Also most people of the survey had the opinion that they were not in favor of having an online-only model, which indicates co-existence of both worlds. Hence cable TV operators are increasingly providing slimmer bundles to keep some revenue coming through.

In some regions, a new hybrid setup is seen to be catching up. Roku has recently launched a hybrid set top box that allows both linear TV and video on demand to be streamed via one device. In a hybrid model, it will be convenient for operators to have a slimmer package for traditional TV broadcast and also have subscription based streaming services like Netflix or Hulu. The draw to Netflix like services is also their original content, apart from the on-demand nature. Operators like AT&T have launched their streaming services too. Another report by MPP suggests that 86% of operators are hoping for revenues to increase from SVOD models.

The rise of Smart TVs as the predominant entertainment device makes it reasonably safe to say that the hybrid model will be ruling the market in the near future. The old linear TV has good armor left, while SVOD is raging on. Combining them along with distribution of video on portable devices will continue to be the standard in this decade. How things will shape up when the next generation mobile internet comes up will depend a lot on the pricing of those services.

Muvi can help traditional broadcasters and content owners to launch their own OTT Multi-Screen video streaming services. Connect with us today and see how easy it is for you to launch your own Video Streaming Platform.