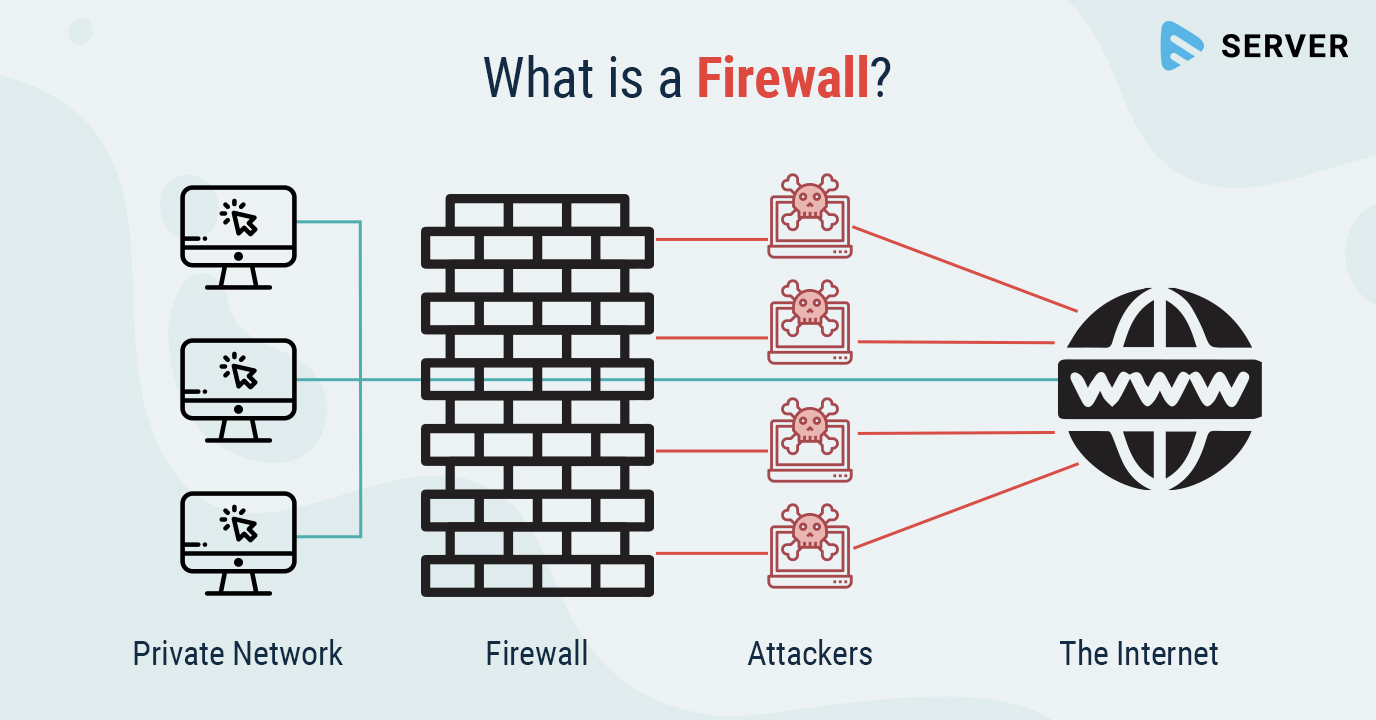 With the ongoing pandemic and remote work culture, security threats are on the rise and evolving into more sophisticated forms, leading to enterprises looking for a robust security structure. One of the basics to providing a best-in-class security system is the integration of a firewall. From traditional ones to more sophisticated next generation firewalls, get a detailed analysis of the benefits and types of firewalls to safeguard your business from cyber threats.

What is a Firewall?

A firewall is a software or hardware network security device  that monitors incoming and outgoing network traffic and decides whether to allow or block specific traffic based on a defined set of security rules. A firewall generally forms as a barrier between a trusted network and the Internet to protect their network from online threats.

Why are Firewalls Used?

Firewalls are mainly used for security purposes. Acting like a blanket between the internet and a private network, firewalls can intercept incoming malicious traffic trying to attack the network, as well as prevent sensitive information from leaving the network. Firewalls are an extremely important security feature for organizations, especially enterprises that deal with highly confidential data, or creative intellectual property like audio/video content.

An early type of firewall device, a proxy firewall serves as the gateway from one network to another for a specific application. By preventing direct connections from outside the network, proxy servers can provide additional functionality such as content caching and security. However, this also may impact throughput capabilities and the applications they can support.

However effective as it may be, a proxy firewall has a drawback of causing latency, particularly during times of heavy traffic.

A Stateful inspection firewall is now thought of as a “traditional” firewall that allows or blocks traffic based on state, port, and protocol. Known for monitoring all activities from the opening of a connection until it is closed, stateful firewalls also perform filtering activities. Filtering decisions are made based on both administrator-defined rules as well as context, which refers to using information from previous connections and packets belonging to the same connection.

Network address translation (NAT) firewalls allow multiple devices with independent network addresses to connect to the internet using a single IP address, keeping individual IP addresses hidden. In this way, attackers looking for a network for IP addresses can’t capture specific details, providing greater security. NAT firewalls are similar to proxy firewalls in that they act as an intermediary between a group of computers in a private network and outside traffic.

Muvi Flex acts as a unified control plane for security across all types of cloud infrastructure. It takes care of your valuable content by providing advanced security measures like server-side security and firewall, protecting the storage and delivery of high-valued & original content to any device.

To host and manage your videos and audios securely and reliably, take a 14-Day Free Trial, now!