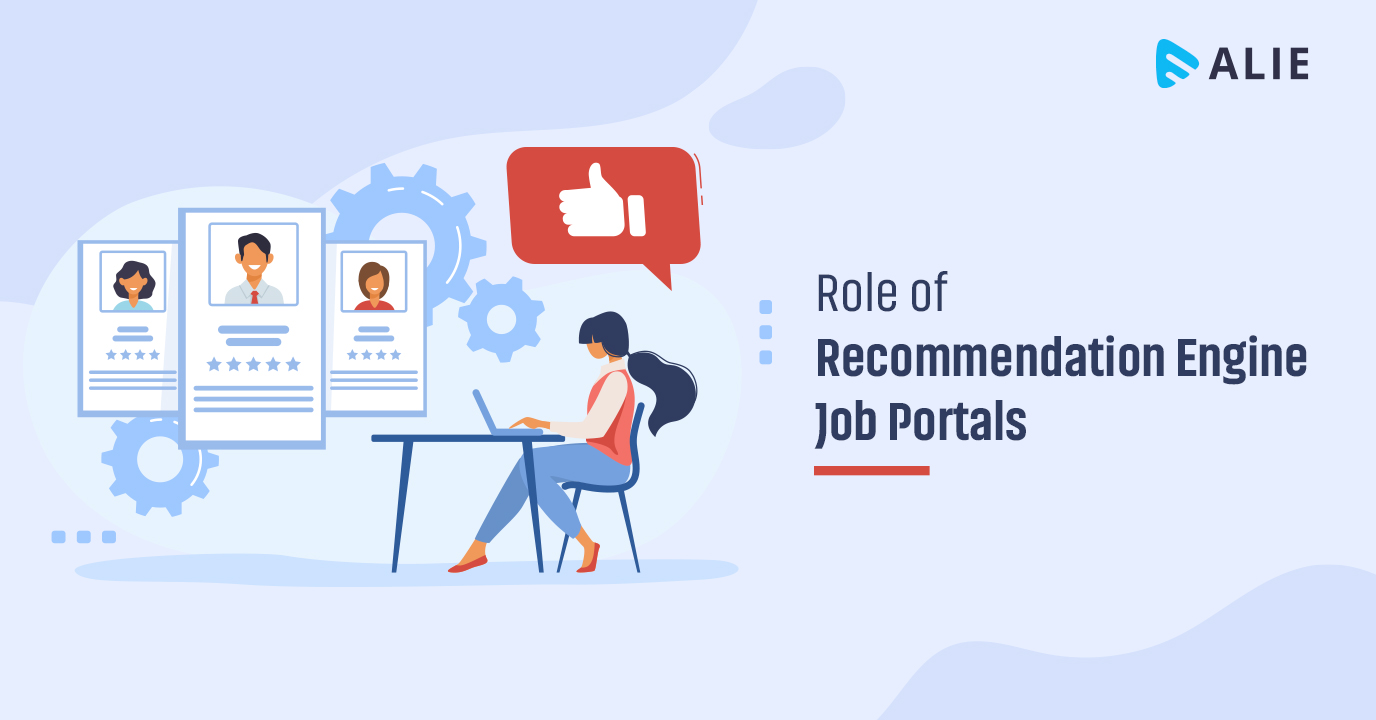 Did you know that, on average, nearly ten jobs are added to job portals every second? In fact, according to Hueman’s report, there are about 100 million resumes just on Indeed, a leading job portal website. Can you imagine how much data there is to process for everyone, including the person searching for the job and the companies looking to hire people? In this scenario, two things generally happen – companies don’t get the desired candidates for their jobs and have to settle for someone mediocre. The job seekers sometimes don’t find the jobs they want, and they either switch to some other job portal or rely on networking. Both these scenarios lead to one thing: Bad marketing about the particular job portal. In times like this, what should one be doing? Adapting to the ever-so changing technology that helps the industries to stay competitive and achieve greater heights. One such tool/software that has been emerging from the past two decades is Recommendation Engine.

What is a Job Recommendation Engine?

A job recommendation engine collects all the information of the users registered on the job portal, asks some questions to the user, and then matches them with relevant jobs. Not only this, they analyze the job requirements of companies, and then scan through all the resumes they have, and then recommend all the relevant resumes to HR.

When job seekers will get the job they desire and the ones that match their qualifications, the chances of them getting the job will be higher. The same goes for recruiters who used to search endlessly through the millions of resumes on the job portals. With the Job recommendation engine, all they have to do is go through the recommendations list and get the perfect candidate for the job.

In any business, customer satisfaction is one of the most important things because it is only then the business will run smoothly and make profits. In Job Portals, there are mainly two customers – job seekers and HR(or any other stakeholder from the organization). When the conversation rates increase, naturally, the customer satisfaction rate will also increase. Customer satisfaction brings another factor with it to the table: Marketing. It is a well-known fact that people trust the words of their friends and family more than that of a stranger. So, when one customer says positive things about one job portal to 10 other people, chances are at least 1 will turn up. So, customer satisfaction also helps in bringing more traffic.

How can a Job Portal succeed if it has an abundance of data but no proper planning of how to get the correct information to the relevant people? The answer is through the Recommendation Engine. We all are aware of how recommendation engines changed the way people now shop and watch movies; hint: Amazon and Netflix. So, if you own a job portal, you shouldn’t be waiting until it is too late. Integrate a Recommendation Engine as soon as you can to get your website on top of all. Explore Alie – an AI-based recommendation engine, and try its 14-day free trial.