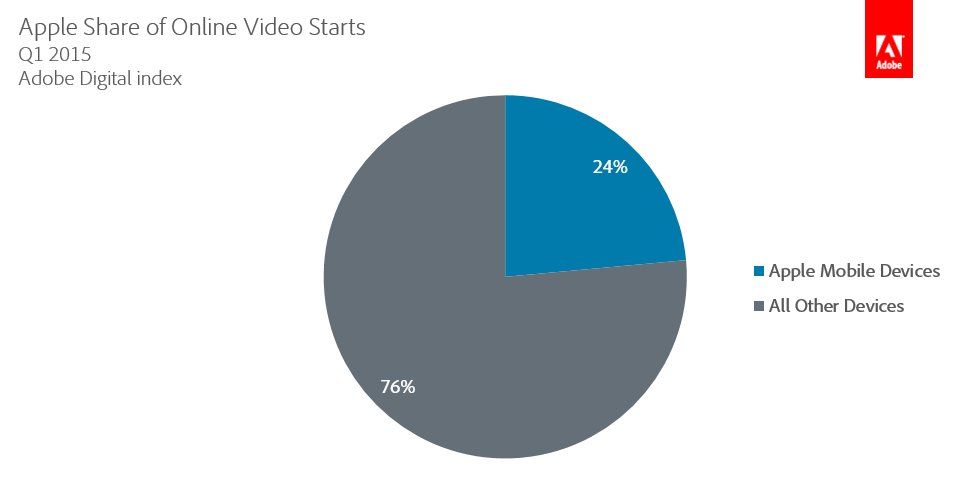 Apple is no longer expected to debut either a new Apple TV streaming device or a subscription TV service at its annual developers conference starting Monday. But maybe it doesn’t really need to.

According to a new study out this morning from Adobe, whose online marketing services track OTT video services and TV viewing, Apple already is gaining a lot of ground with both Apple TV and its larger iPhones. When it comes to TV content viewed online through TV Everywhere, the cable and satellite companies’ method of authenticating their paid subscribers wherever they’re watching, Apple’s devices overall claimed a commanding 62% of authentications in the first quarter.

Mobile devices are driving most of that share, more than anything because Apple sold so many iPhone 6s, with their much more video-friendly larger screens. The iPad and the iPhone together claimed 48% of log-ins, up a couple of percentage points from the fourth quarter. Overall, despite the plethora of other devices on which to watch TV and video, nearly a quarter of all online video starts happened on iPhones and iPads.