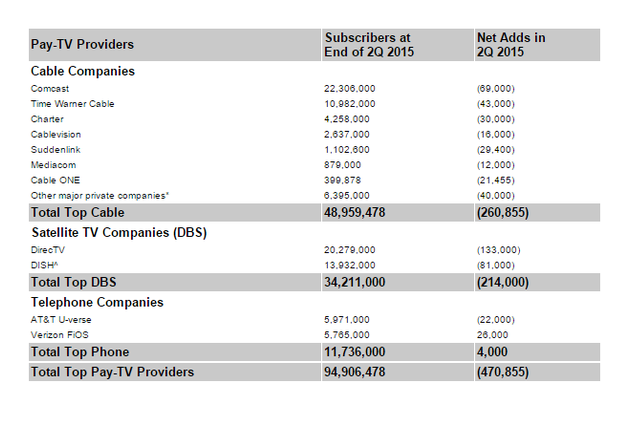 It’s not the mass exodus that has been predicted, even though the alternatives to cable and satellite are extensive, convenient, and inexpensive. It’s easy to drop your old-fashioned service while retaining access to top programs through streaming services including Netflix, Hulu, and Amazon Prime. It’s even possible to get a fair amount of live television without paying for it with an HDTV antenna.


Basically, the conditions appear right for people to shed the high cost of cable or satellite television without sacrificing very much, but there was no stampede in that direction. And there’s a very good reason why. Even if you drop pay-television, you still need Internet access to use any of the video on demand streaming services. In many markets, the only choice for broadband service is the very same cable company a customer wishes to cut the cord with. That gives the ISPs enormous pricing leverage, where they can use bundling to make the price of online access seem cost-prohibitive for people who want it without paying for TV.