How Netflix Is Changing Our TV-Watching Behaviors 08 June 2015 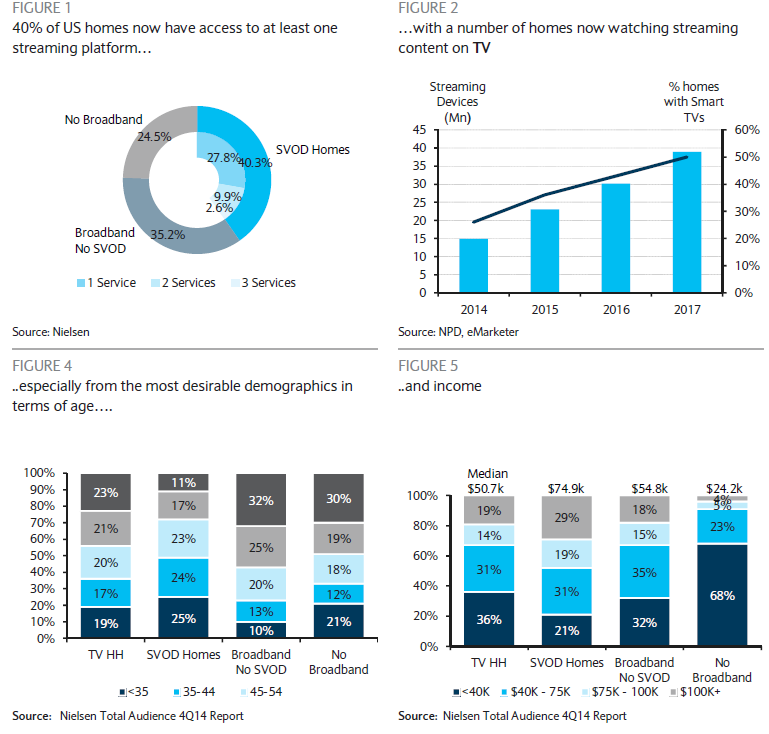 Netflix, Inc.  has quickly emerged as the dominant player in video on demand industry, being well-positioned to take advantage of a shift away from traditional TV and toward over-the-top content. But do other players stand a chance against Netflix?

It’s early, but with the popularity of streaming video, it seems as if there’s room for more than one major player.

The analysts also found that the behaviour of homes with access to streaming video on demand is quite different from the rest of the households in the U.S. Netflix homes watch a lot less live TV than non-Netflix homes. In addition to consuming content on Netflix, they also watch more videos on gaming consoles like the Xbox and PlayStation.