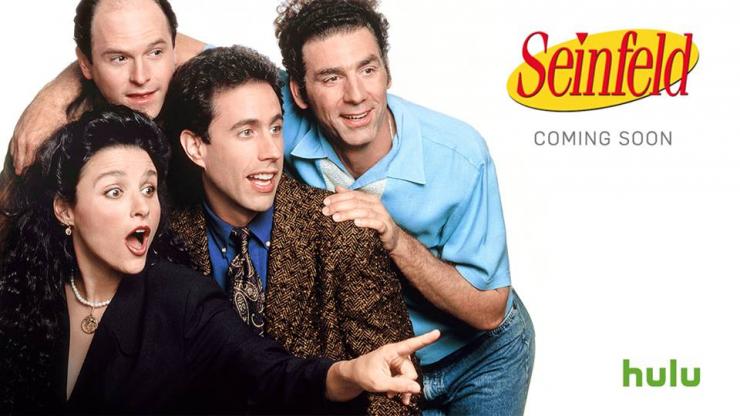 When Hulu announced that they had acquired the entire Seinfeld collection, Twitter was pumped. This week, the iconic sitcom was finally available to stream, so we turned to ListenFirst, a company that measures the impact of brands like Hulu based on digital engagement across all social platforms. ListenFirst measures the reach of consumer brands using their Digital Engagement Ratings, which is an aggregate of daily engagements based on “owned, earned and organic consumer behavior on Facebook, Google+, Instagram, Tumblr, Twitter, Wikipedia and YouTube.”

ListenFirst noticed that Hulu enjoyed a “great lift digitally” in the lead up to the release of Seinfeld, between June 19 – 24. Hulu garnered 1.4M engagements on digital in the five days leading up to release, with Facebook, Instagram, Tumblr and Twitter all seeing massive increases in engagement, according to ListenFirst Digital Engagement Ratings (DER)

Last week, Hulu announced that they would be able to offer Showtime programming to subscribers for $8.99, which is two bucks lower than what cord cutters would pay for Showtime’s new OTT platform on its own. With the addition of add-on packs and legacy programming like Seinfeld, Hulu is poised to become just as interesting as Sling or skinny cable bundles.