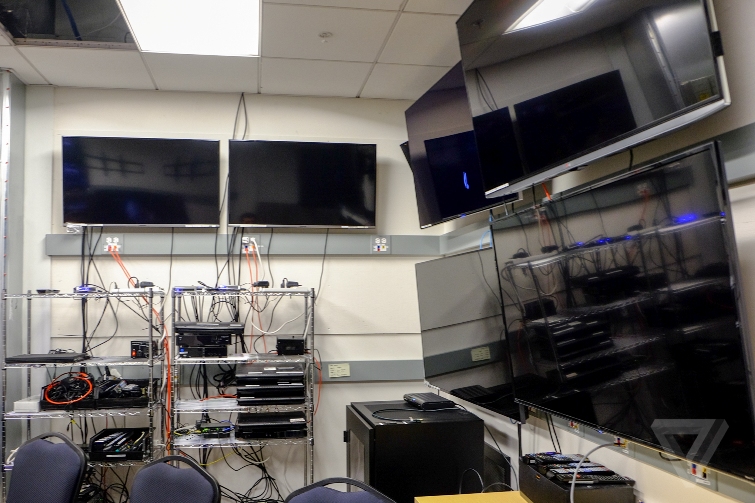 In a nondescript room in the center of Netflix’s headquarters, you can walk into a small, paper white chamber called the Shu. It’s an homage to the solitary confinement cell in Orange Is The New Black, one of Netflix’s most popular original series. And just like the Shu in the show, Netflix’s version is a place of punishment — only of TVs, not humans.

The Shu is actually a faraday cage, a shielded enclosure where outside signals can’t make their way in or out. It’s here where the company tests the latest TV sets as part of a new program that rewards TV makers that have designed sets on which Netflix shines. That means things like turning on quickly, and remembering what show people were watching the next time they open the Netflix’s app on the TV.

The designation program was unveiled back in January, but it’s only now beginning to make its way into this year’s crop of TV sets, something the company showed off to a small group of reporters during a day-long tour around its headquarters in Los Gatos, California, yesterday. Right now, only about 20 sets have been blessed with the designation, a figure Netflix hopes will grow throughout the rest of this year. Looking ahead, Netflix also plans to make its requirements a moving target, not only to keep up with new TV and video on demand technology, but to help push the ones it thinks should become new standards.

Rather Than Original Programming It's On-Demand Driving Subscriptions